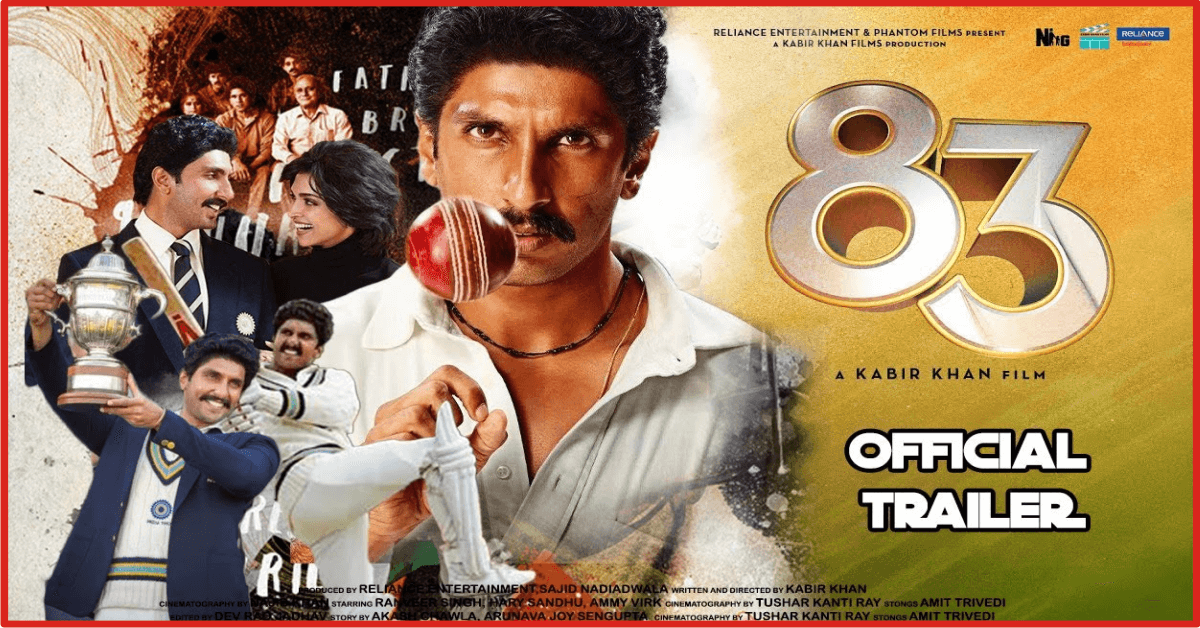 Mumbai ( The Breaking Times – December 21, 2021 – Arshad Farooq Butt ) Ranveer Singh has been paid Rs 200 million for his performance in a movie about the win of Cricket World Cup in 83. Ranveer will also be given a share of the earnings of the movie.

The movie “83” is being promoted and the couple is promoting their movie all over the world including India. The film will hit indian cinemas and theatres on December 23.

Movie 83 will be Tax Free in Delhi

On the other hand, the makers of the movie 83 say that the film has become tax free in Delhi. The Delhi government also has announced that the film will be tax free on Tuesday.

This fact that the movie 83 is tax-free will give some relief to the cinema audience and will lead to more and more people towards cinemas.

Apart from Ranveer Singh and Deepika Padukone, the cast of the movie 83 includes: