Umer Cheema works for the Pakistani publication The News as an investigative reporter. 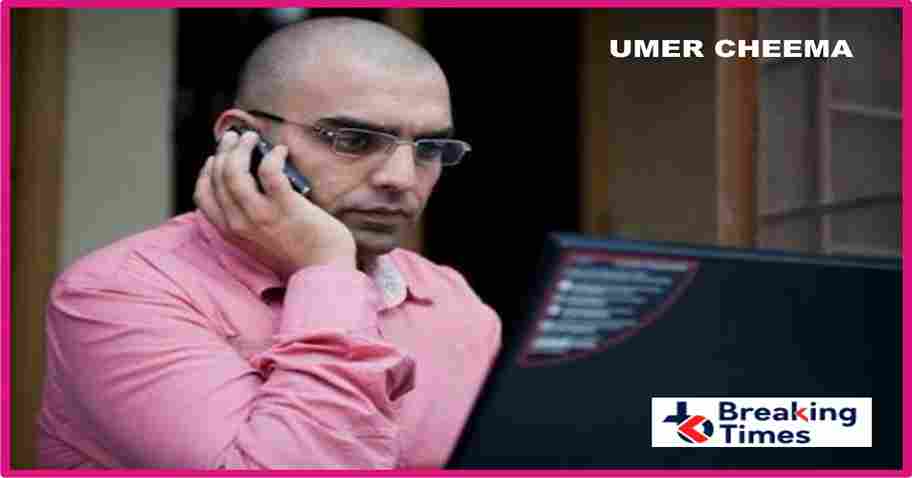 Umar Cheema is a well-known Pakistani journalist who has established high standards with his outstanding reporting abilities. He works for the Pakistani publication The News as an investigative reporter.

He’s a fearless journalist who never hesitates to tell it how it is. He was born in the summer of 1978. He is currently residing in Islamabad.

He began working in journalism after completing his schooling. In 2008, he joined “The News,” a well-known Pakistani daily, and began undertaking investigative reporting. He was never concerned about the implications; instead, he always came up with something unique and daring.

His writing made it difficult for the government to provide tax data to authorities and diverse residents. He was also the first Pakistani pearl member to be offered a job at an American newspaper, The New York Times. As a result, his demand skyrocketed, and he became the talk of the town.

He was kidnapped by unknown people on September 4, 2010. He was dragged to a residence and forced to shave his head and eyebrows. He was assaulted naked and threatened with death for writing against the government.

This kidnapping sent a powerful message to all journalists, telling them to cease writing against the government. The New York Times likewise requested that those who tortured Cheema be found and brought to justice. He bravely spoke about the incident in front of the media after escaping and continued his fearless writing without fear.

Despite a terrible tragedy, he earned the “International Press Freedom Award” for becoming a Rockstone. For his media contributions, he got the “Truly Center Free Speech Award” on April 14, 2011.