DC Muhammad Awais Malik directed the Wildlife Department to vaccinate the animals in the zoo. 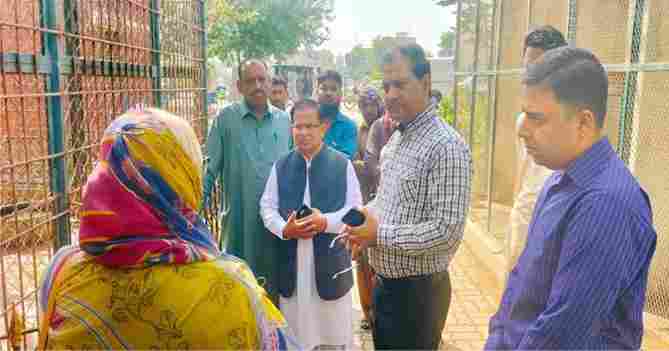 Deputy Commissioner Sahiwal Muhammad Awais Malik, while visiting Kanan Park, took a detailed look at the steps being taken for the restoration of the zoo in the park.

Additional Deputy Commissioner General Noman Afzal and DG PHA Mehboob Ahmed also accompanied him. He expressed displeasure over the poor health of animals in the park and directed the wildlife department to vaccinate the animals.

He said that parks not only provide recreational facilities to the people but also benefit their physical and mental health. He expressed displeasure over the lack of proper sanitation arrangements in the park and mini zoo and directed the management to take special care of cleanliness in the park and zoo.

Deputy Commissioner Muhammad Awais Malik directed the Wildlife Department to vaccinate the animals in the zoo so that they could be protected from diseases. He also directed to increase the number of animals in the mini zoo so that more citizens could come to the park.