Karachi News : Police did not conduct postmortem of Murdered Girl 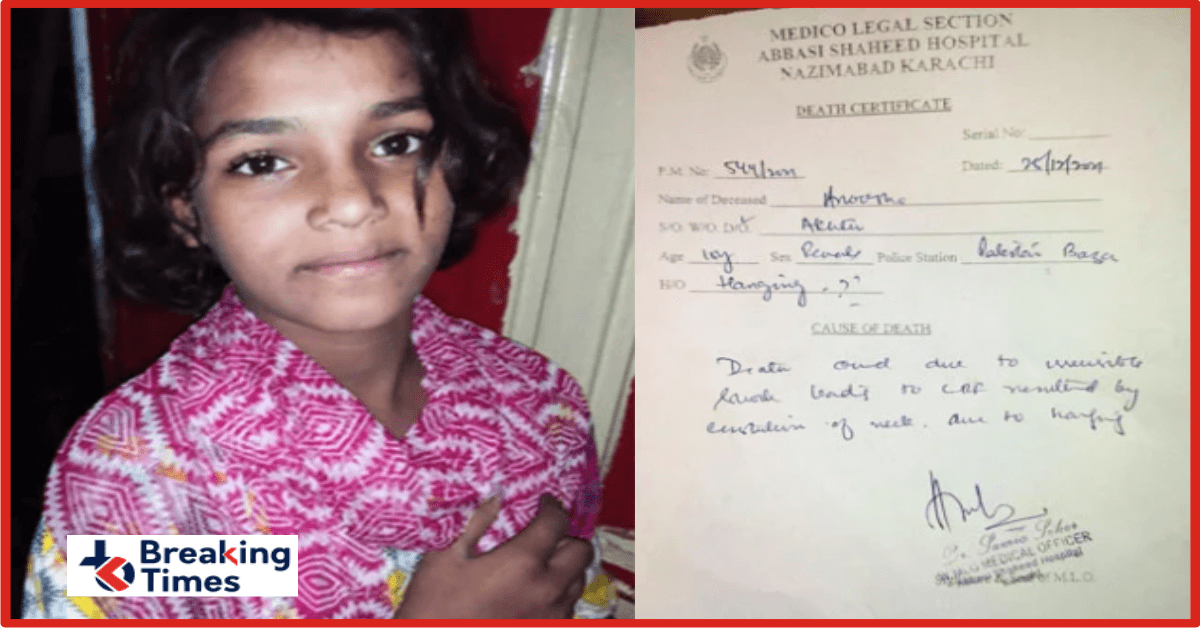 Karachi ( The Breaking Time News – December 31, 2021 – Arshad Farooq Butt ) An investigation into the murder of 13-year-old girl in Karachi has revealed criminal negligence of the police. Karachi police did not conduct postmortem of the girl.

According to Karachi police, 13-year-old Anusha, a minor girl, was killed on December 25 in Aziz Nagar, Orangi Town, within the limits of Pakistan Bazar police station.

The dead body of the girl was taken to Abbasi Shaheed Hospital where Lady MLO Dr. Samia Sehar made a death certificate of the murdered girl on a simple piece of paper.

According to police officials, under the rules, the police had to take action under section 174 and a regular postmortem had to be conducted on the murder. But police reportedly took no interest in it, nor did the hospital’s medico-legal section fulfill important legal obligations in this regard.

The officer concerned registered a case and transferred it to the Investigation Department. The investigating officer of the police department also did not investigate and started the investigation without looking at the postmortem documents.

According to sources, the investigation has now revealed the criminal negligence of the police and doctors. On which Additional IG Karachi strongly reprimanded the concerned officers.

According to Superintendent of Police Investigation West Abid Qaim Khani, an investigation has been launched in this regard. Relevant people are being showcased.

He said that the grave would be exhumed now fulfilling the legal requirements and the medical board would conduct a postmortem on the body.