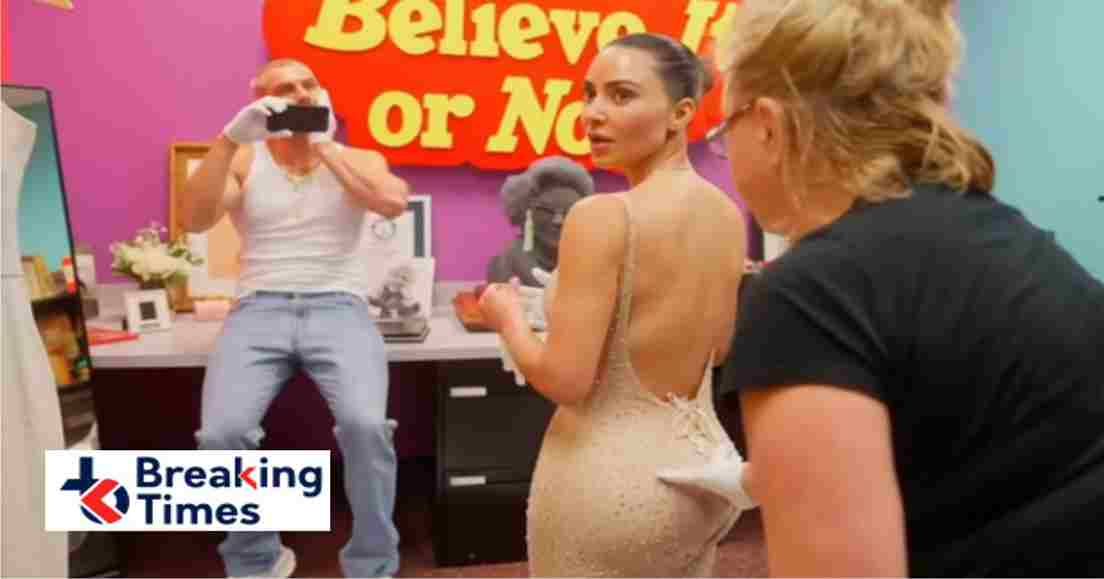 Kim Kardashian wears Marilyn Monroe’s iconic dress at Met Gala 2022. Marlyn Monroe wore this dress in 1962 to sing for the 35th President of the united states on his birthday.

Kim borrowed the iconic dress from the Ripley’s Believe It Or Not museum. The dress was handled with gloves and transported by security personnel to ensure its ‘prime, and Kim later changed into a replica dress so that no damage happened to the dress.

But, as you may know, Kim wearing the dress to the annual Met Gala event was already highly controversial. Because the dress is a piece of the American historical past, it couldn’t be altered, so Kim had to lose 16 pounds in three weeks to fit into it. When Kim revealed that she had gone on a diet to fit into the dress, she was criticized for promoting an unhealthy lifestyle.

The dress was in perfect shape before the Gala, but there is a photo circulating on social media showing that it is missing some of its crystals after the event at Ripley’s on June 12.

Now people are angry about Marilyn Monroe’s iconic dress and Kim Kardashian receiving kind of hate from the Americans.