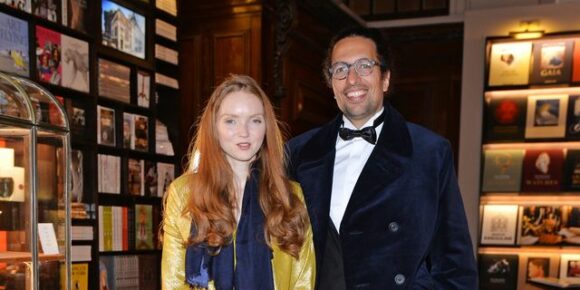 Kwame Ferreira is the partner of supermodel Lily Cole. Lily announced her queer sexuality through the newly published book, “ Who Cares Wins: How To Protect The Planet You Love.”
People are curious to know about her partner, Kwame Ferreira. Let’s talk about it.

Who Is Kwame Ferreira?

Kwame Ferreira was born in Angola at the time of the civil war. His parents were filming documentaries and recording the remote cultural heritage of the continent.

The family shifted to Brazil and settled in the south of Portugal after some time. His mother married a German man. Kwame said it had an enormous impact in his teenage years when he was interested in the mechanics of the planet and how things work.

Kwame got an education in Science and Design. He spent five years in a classical fine arts academy in Lisbon. Moreover, he also studied Media Arts in Berlin and Social Media in Boston.

According to sources, Kwame shifted to London after academia to better understand corporate world dynamics. He also found fjordent.com, contributing as a service design leader and growing his business.

He said consultancy allowed me to understand diverse businesses and their challenges globally. Primed me to become a problem solver. Well, he left Fjord and then joined The Vinyl Factory.

In 2011, Kwame established kwamecorp.com with some friends, some friends were engineers, and some were designers. He was also engaged with Intel, Samsung, and Google and turned Kwamecorp.com into impossible.com.

Kwame met Lily in 2012, and they worked together. Lily said they worked together for a long time project before dating. Now, they are living in Portugal. The couple has a daughter Wylde Cole Ferreira. She was born in September 2015, which was announced on Lily’s website.

The supermodel wrote a poem to her newborn daughter, “ Wylde born on the hottest day, ordinary, extraordinary. Witchcraft. Wilderness. Love beyond doubt. Love, a fact of love without fear of choice.”