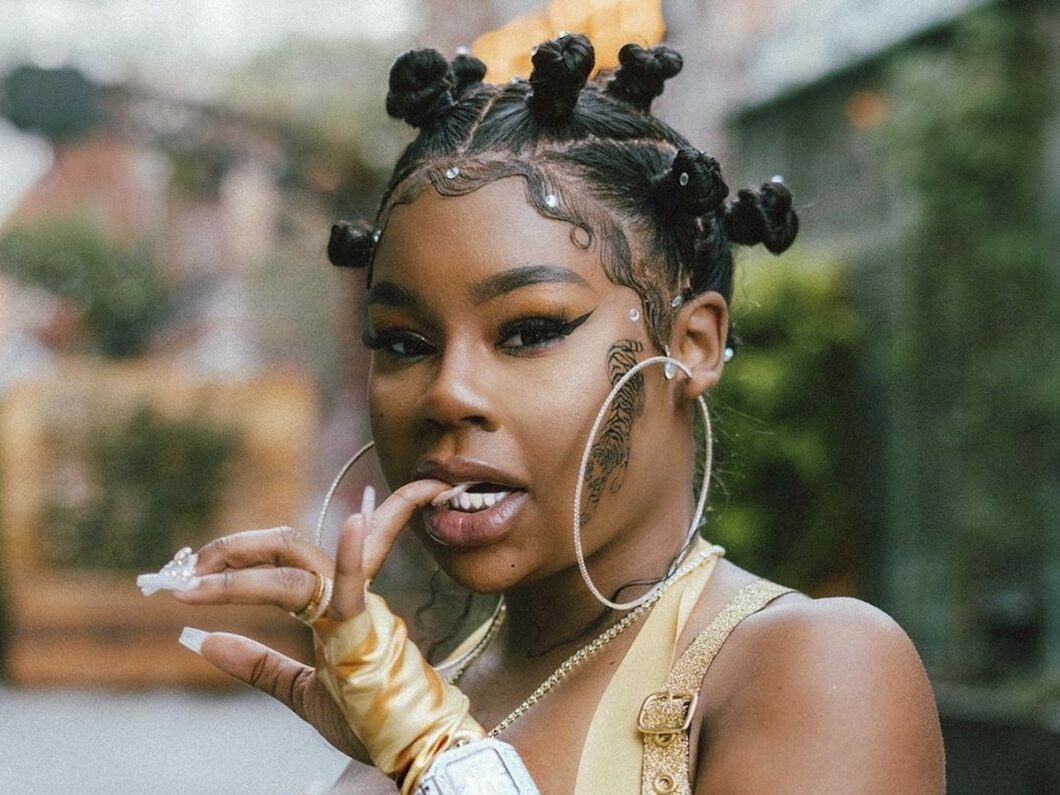 Sukihana’s real name is Destiny Henderson, and she is a well-known American television personality, actress, and rapper. She was born on 15th November 1991.

Sukihana gained popularity by being a part of the reality tv show Love & Hip Hop. After that, in 2017, her Kodak Black Remix “Kodak Snack went viral. Let’s talk about all the details of Sukihana’s Instagram, relationship status, and acting career.

Sukihana’s Instagram has more than 1.5 million followers, and her new track “Everywhere “is also available on all the platforms. She was raised in Wilmington. After that, she shifted to Miami, Florida, but before that spent her years in a creative art school in Atlanta, Georgia. She remarked that she tasted like Sukihana at an Asian restaurant in Christiana Mall.

She loved music very young and earned a name by posting songs on social media. She became a superstar after achieving great stardom with hit songs.

Blame Trina’s singer has three children from a previous relationship, but there is no information regarding her family background. At 18, Sukihana became a mother for the first time. Kodak Snack, 5 Foot Freestyle, Blame Trina, and Drug Dealer are included in her great success.

She was featured on VH1’s Love & Hip Hop, where she drew her studies and fierce personality. According to sources, the net worth of Sukihana is almost $300,000. Moreover, she released a new music video called Pretty and Ratchet in 2020, where she was seen embracing her sexuality and living her music.

Sukhihana owns three children from a previous relationship. She dated another rapper and star of the show “Love & Hip Hop,” Khaotic. However, after some time, they parted ways.

Khoatic filmed Skihana without her permission and got into an agreement. She was also seen with a man who goes by the moniker Kill Bill.

Kill Bill and Sukihana have been in an aromantic relationship for a long time. They shared a loving bond that turned into violating relations. They were also seen expressing their love for one another on social media.

On 20th September 2022, Bill came live on Instagram and got into a furious disagreement with Sukihana. The singer of the show was heard to request her partner to leave the residence, but he refused. He owns a property and presented his house by saying, “I paid $3100 for the house.”

On the other side, Sukihana was convinced that the house was hers. She shrieked at Bill, ‘Get the f**k out of my face! Just get out of here, leave my daughter’s room.’

She announced her and Bill’s relationship in March 2020. They had been dating since 2019. Bill proposed her last year in September during an Instagram live session. After four years, she revealed on Instagram that they had broken up.