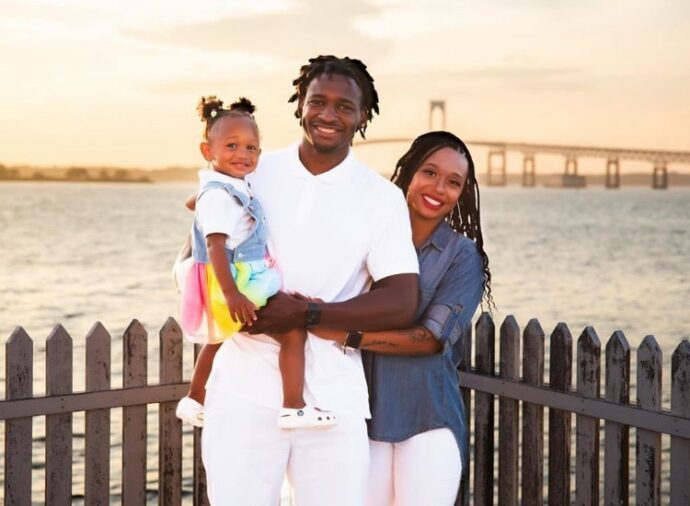 Jephte Pierre is the popular star of the hit show “Married at First Sight.” He married a lady. Shawiniece walked down the aisle in her wedding gown. Jephte Pierre and Shawniece Jackson are excited to start her new life in 2018.

Pierre was shy to open out to the stranger about the marriage. He hesitated to share his thoughts with Sharniece and took the time before deciding to share the bed with her. Jephte Pierre and Shawniece Jackson overcome their troubles.

Jephte Pierre is a popular tv personality and teacher from the United States. Jephte’s date of birth is 30th January 1992 in Haiti. He went to Framingham State University for a bachelor’s degree of Arts in Criminology in 2016.

Moreover, he also remained at Boston University for five years. Piere always tried to keep a positive relationship with students and put in a lot of effort. Well, he thought he would quit his present year as a teacher, but he continued other opportunities.

Jephte appeared in the reality tv show named Married At First Sight, which made him a household name and also featured in the sixth season of the show in January 2018.

Jephte appeared in Married at First Sight’s sixth show. He married Shawniece Jackson, who is a cosmetologist. They are successful couples, but Pirre was not ready to express his vulnerability in public and was featured on the program. It caused many problems in his personal life that he prevented from knowing that they were together. They worked so hard to overcome all problems in marriage.

Sometimes, they also discussed divorce during their time as parents of a daughter. But again, they found their way back together. They celebrated their third wedding anniversary in 2020. Shawniece also planned a wedding night room at Boston’s Battery Wharf. Jackson said, “he told me it is past, present, and the future ring because we have a past and present and future together.

Jephte Pierre and Shawniece Jackson have a daughter named Laura Denise Pierre. She was born on 20th August 2018. She came to this work when Married at First Sight’s sixth season ended. Laura is one of the three children born to a show couple, demonstrating the reality tv success story.

Pierre stated that Seeing my daughter for the first time was so overwhelming. Watching Shawniece push outdrew me to tears. Watching the birth of my daughter was the best moment of my young life; that was so incredible.”

Shawniece confessed on the YouTuber channel that her pregnancy came and caused them to separate for a few months.