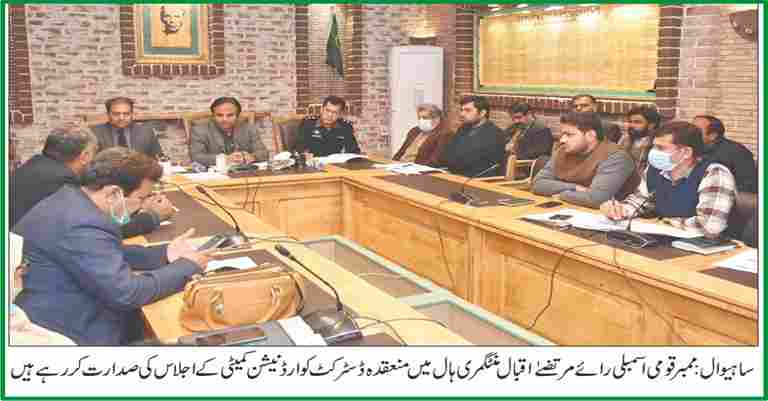 On the direction of Chief Minister Punjab Sardar Usman Bazdar, steps have been intensified for the construction and development of Sahiwal district.

Rai Murtaza Iqbal appreciated the services of DPO Sadiq Baloch in improving law and order situation in Sahiwal district. He directed to intensify operations against the fertilizer mafia and said that no one would be allowed to exploit the farmers.

He also directed immediate cancellation of Ishtiaq Ahmad license due to its involvement in stockpiling and sale of fertilizers.

He said that the data of how many bags of fertilizer have been received by the shopkeepers in the city and how many have been sold should be compiled and made public. He also sought feedback on the implementation of instructions given in the last meeting.

MNA Rai Murtaza Iqbal while reviewing the ongoing development projects in the district directed that the pace of work on these projects should be expedited so that the people would benefit from its early completion.

MNA Rai Murtaza Iqbal said that the Prime Minister and Chief Minister Punjab were paying special attention to the development of the district and the development schemes should be completed within the stipulated time with the guarantee of quality of materials.