PM directs the Speaker to Convene NA meeting on March 21

He also directed the Speaker and the legal team to take action against the deviant members. 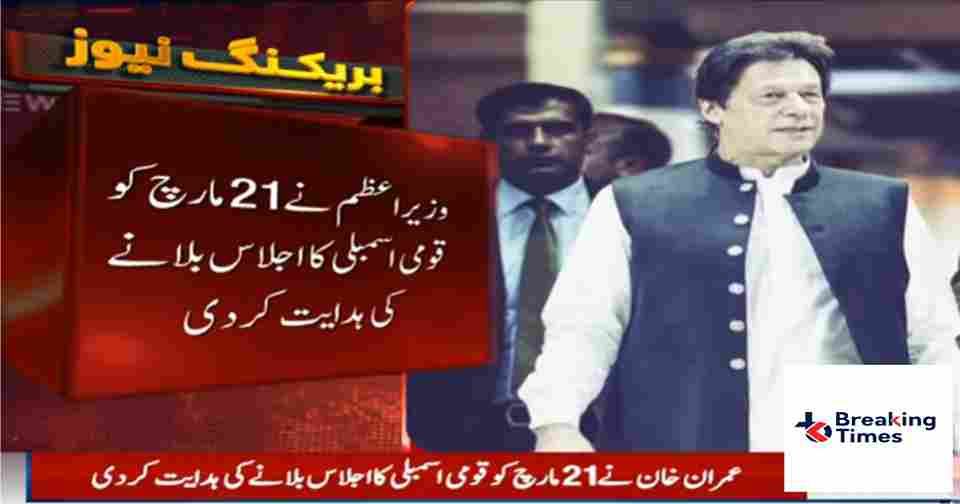 Islamabad ( The Breaking Times – Arshad Farooq Butt ) Prime Minister Imran Khan has directed Speaker Asad Qaiser to convene a meeting of the National Assembly of Pakistan on March 21 regarding the no-confidence motion. He also directed the Speaker and the legal team to take action against the deviant members.

According to the private TV Channel Geo News, a meeting of spokespersons chaired by the Prime Minister has decided to approach the Election Commission against the PTI deviant members.

Imran Khan directed the Speaker of National Assembly Asad Qaisar and the legal team to take action against the deviant members.

Talking to the meeting, the Prime Minister Imran Khan said that it was written in the constitution that those who webt against the party policy could be de-notified. Imran Khan further said that he would not be blackmailed and would not leave anyone and fight till the last ball.

He said about the three women members in Sindh House Islamabad came to the reserved seats. How could they do that?