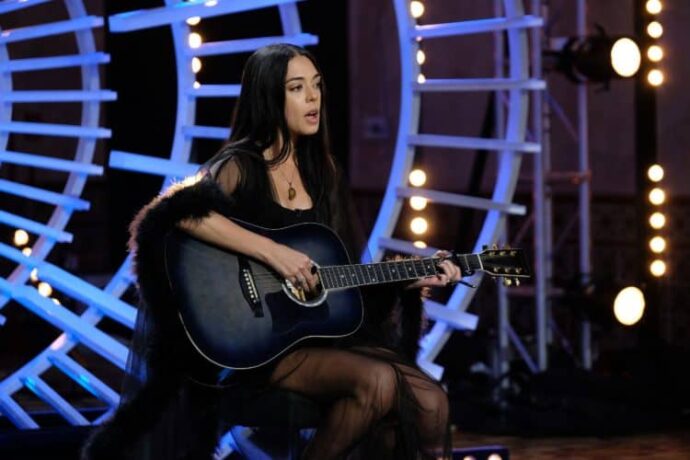 Do you know about Erika Perry? She is a contestant in the new season of American idol. She sang Katy Perry’s ET during the audition. Let’s talk about all the details.

Erika Perry was born in Orange City, California. Perry is a college student, and she has been singing since her college days. Her idol singer is Katy Perry . she is active on social media such as Instagram; she has more than 2k followers.

Erika had broken up with her boyfriend named, Stefan. Before that, she decided to come on American Idol because she thought she had no motivation to do anything in life.

Erika says, “I am here to probe him, his friends and family, all haters in school. It is because growing up; all the kids just judged me as weird and skinny with big eyes.”

The judges were confused when she started singing Et as they were unable to make sense of the words that she was singing. So Katy stopped Erika while Lionel Richie asked the singer if it was her style. Kats said quickly, “ she is probably never been given one constructive criticism in her life.” After that, Erika lost the guitar, and her heels took a breath and gave her thirty seconds to perform again.

But she was still singing in her own way. Katy again asked to avoid all of that, and then she finally let her actual voice come through, and then by her voice, Katy was impressed.

Katy said, ‘ you are freaky and though weird and a little bit annoying. She told Erika that he already had good enough without all the gimmicks. Well, Erika got the golden ticket, and viewers were surprised.

Many viewers wrote seriously can’t believe why all put her through; that fireman ahead of her was awesome and got o number 3. This girl is on the six number. Another one wrote. I am a big fan of judges but that was a waste of a ticket.