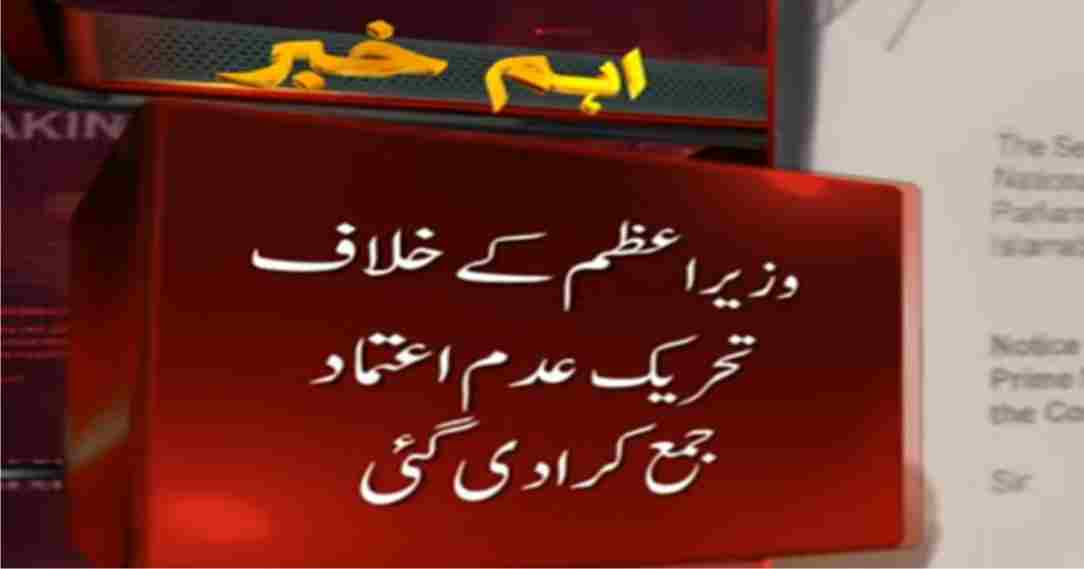 Islamabad ( The Breaking Times – Arshad Farooq Butt ) 86 members of the opposition have filed a no-confidence motion against Prime Minister Imran Khan in the National Assembly Secretariat.

Opposition Claims the completion of numbers for No-Confidence Move

Opposition parties have stated they have completed the numbers game to oust Prime Minister Imran Khan. The opposition claims to have 197 to 202 members of the National Assembly.

The final decision of No-trust motion was taken by the PML-N parliamentary party at a meeting. In this regard, PML-N President Shahbaz Sharif has said that no-confidence motion is being moved and the government will suffer a historic defeat.

Muslim League members have been barred from leaving Islamabad. The PML-N meeting has been directed to make it mandatory for all members to attend the meeting.

All the members of the PML-N parliamentary party have been directed to stay in Islamabad for the next 20 days. And the members were told that the next 3 weeks are very important.

Earlier, the opposition had completed political and legal consultations on the no-confidence motion. After legal consultation, it was decided to launch a simultaneous motion against the Prime Minister and the Speaker of National Assembly.