Bilawal Bhutto Zardari has threatened the government and warns the Speaker. 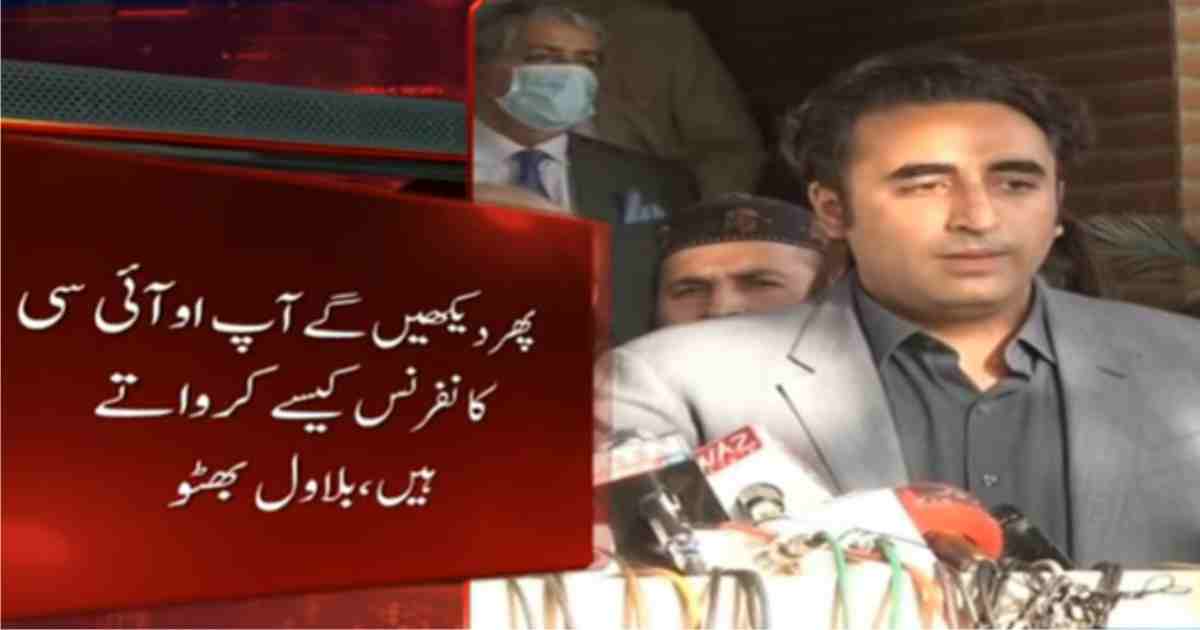 Islamabad ( The Breaking Times – Arshad Farooq Butt ) Pakistan Peoples Party (PPP) Chairman Bilawal Bhutto Zardari has threatened the government that if no-confidence motion is not tabled in the National Assembly on Monday, the opposition will sit in the Assembly. He added that the opposition would not allow the OIC conference to take place.

Talking to media along with the leaders of united opposition, Bilawal Bhutto Zardari said that he wanted the OIC meeting to be held in a peaceful manner.

But this government does not want that to happen. The Prime Minister is spoiling the peaceful atmosphere. The only way for the speaker is not to become a PTI worker. The speaker should follow the rules.

We want Monday’s National Assembly session to begin with a vote of no confidence. But the government does not want the opposition to remain peaceful.

PML-N leader Rana Sanaullah Khan has said that the government should soon convene a meeting of the National Assembly. Then they will exactly know that the number of deviant members if they are 13 or 23.

Rana Sanaullah further said that earlier it was said that if the opposition has courage, then bring no confidence motion.

But they are no longer convening a meeting of the National Assembly after the opposition has brought motion. He has said that so far 13 members have come forward. When the meeting is called, it will be known how many members there were. We will force the government to abide by the constitution.