The ceremonies will be held at Mall Mandi Ground Sahiwal 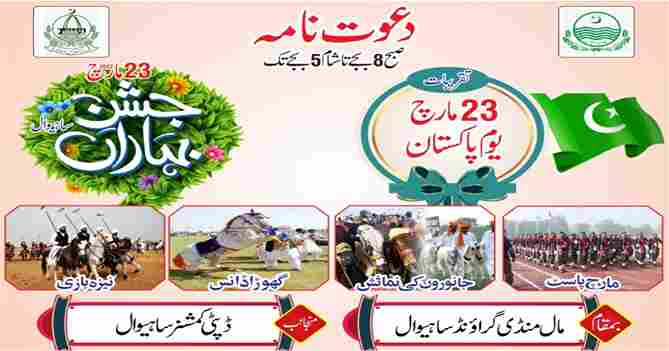 School children will also perform songs and tablo at the event. Deputy Commissioner Muhammad Awais Malik said that the highlight of the Spring celebrations is javelin throwing competitions besides traditional sports and cultural programs will also be a part of the celebrations.

He further said that preparations are underway to make these celebrations grand and in this regard he has directed to make best arrangements and make separate enclosures for families. Deputy Commissioner Awais Malik said that the people would be enlightened about the great cultural heritage of the region through Spring Festival.