Anti-government music video has been shared on Pakistan Embassy Twitter 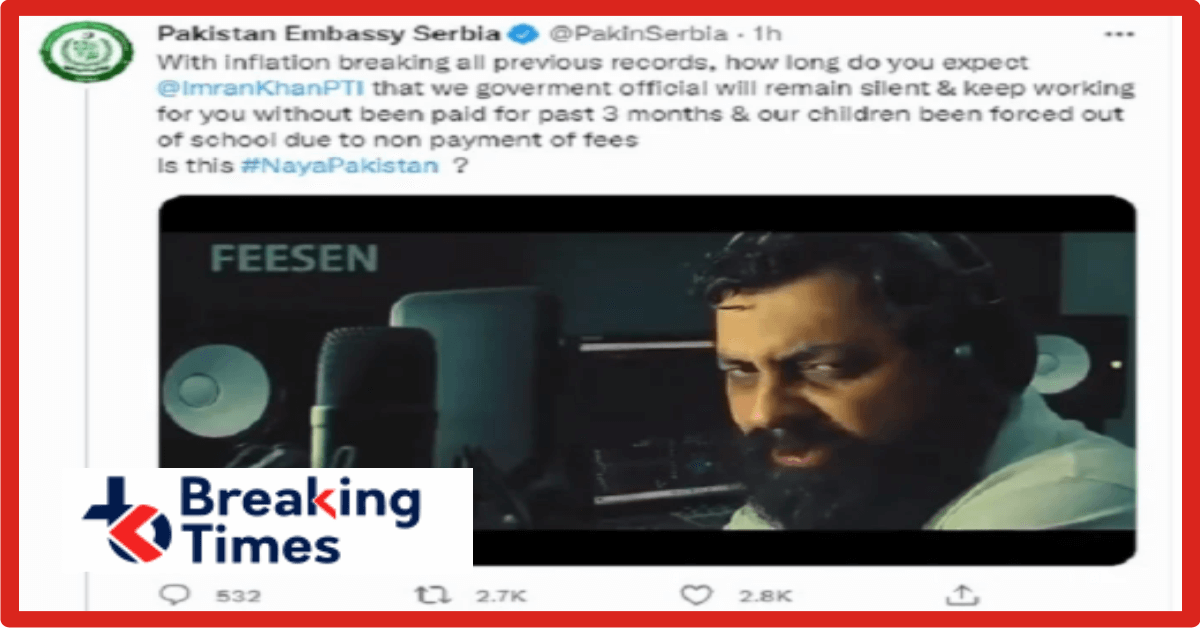 According to the details, an anti-government music video has been shared on the Twitter account of the Pakistani embassy in Serbia on Friday morning. The video title is: Ghabrana nahi hai

In another shared tweet, the user apologizes for sharing the video and writes: I’m sorry, Imran Khan, I have no option but to criticize.

It all started when anti-government content was shared on the social media accounts of the Pakistani embassy over the rising inflation and non-payment of salaries to the Pakistani Embassy employees in Serbia.