The opposition has offered CM seat to Ch Pervez Elahi 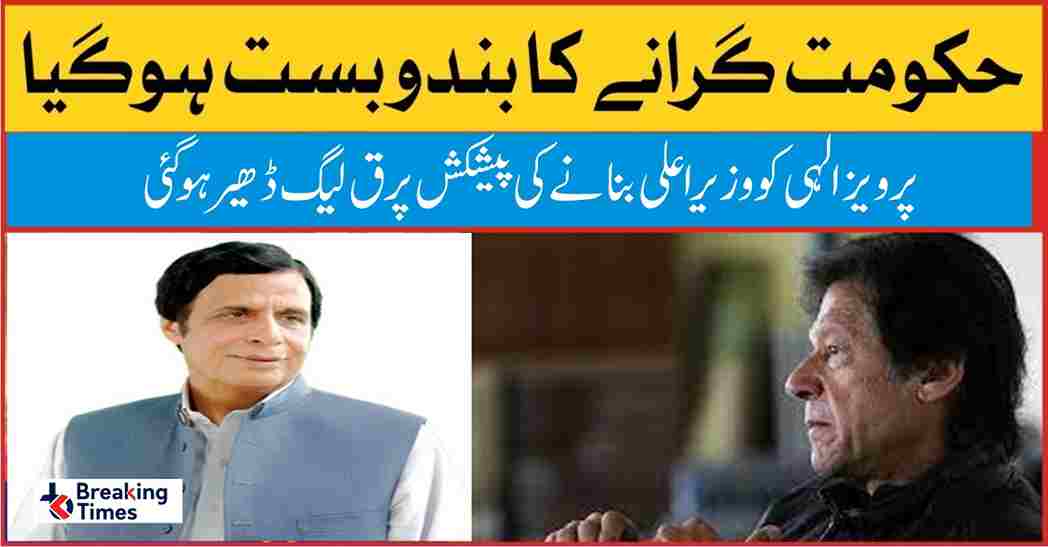 According to the details, Pakistan Muslim League Quaid e Azam Punjab President and Speaker Punjab Assembly Ch Pervez Elahi has said that it has been agreed that the present assemblies will complete their term.

In an informal conversation with journalists of Jeo and Dunya News, Chaudhry Parvez Elahi has said that the constitution and law are very clear in Pakistan.

The Speaker of the National Assembly must abide by the Constitution. We have made our decision about the current situation in Pakistani politics. Final consultations with colleagues on decisions are in progress.

If we join the opposition alliance, we will resign from the ministries. Aun Chaudhry of Jahangir Tareen group has come for a meeting today and in the next two days he will also tell us about their support.

According to private TV channel Dunya News, Pakisan Peoples Party has assured the PML-Q that after the no-confidence motion is succeeded, Ch Pervez Elahi will be made the Chief Minister of Punjab.

The senior PPP leader has conveyed this message to the Muslim League Q leadership. The Muslim League Q will make an important announcement in the next 24 hours. The PPP has also given all assurances to the MQM.

According to sources, Pakistan Mulsim League Quaid e Azam has decided to support the opposition during the No-Confidence Motion against Imran Khan in Pakistan.