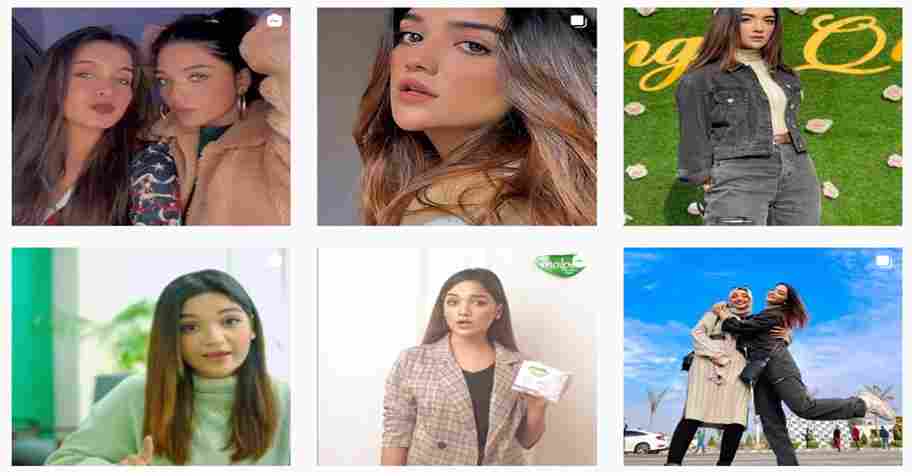 Romaisa Khan is a well-known Pakistani model, YouTuber, and Tik Tok celebrity. Her Instagram and Tik Tok accounts have a strong fan base. She is a beautiful young girl. She was born on December 4, 1998, in Karachi, Pakistan.

She is a BS Media Sciences student. Tanveer Akhtar Khan is her father’s name. Her siblings include a brother and a sister. On her Tik Tok account, she is known for creating lip-sync and dubbing videos with romantic music tracks.

She stands at 5 feet 3 inches tall and weighs 50 kg. Her hair and eyes are also black.Humayun Saeed, Salman Khan, Alia Bhatt, Kareena Kapoor, and Hania Amir are among her favourite actors and actresses.

Hoorain, a scientific girl, is played by Romasia Khan.Hoorain believes herself to be not just one of Masters’ brightest pupils, but also a scientist who understands all there is to know about science. Sarim, the bad boy, is played by Zulqarnain Sikandar. Sarim, the prankster, is either always in trouble or always trying to get others into trouble.

She is a YouTuber that is quite active. Romaisa Khan Official is the name of her YouTube channel. There are now 109K active subscribers. People in Pakistan and other nations are aware of her. She is well-known around the world.Romaisa Khan’s main pastime is making Instagram videos, and her second is travelling.

She posts a lot of travel videos on Instagram. She claims that when a person travels, he or she may forget about their issues and feel at ease.