Resignations from the assemblies also came under consideration 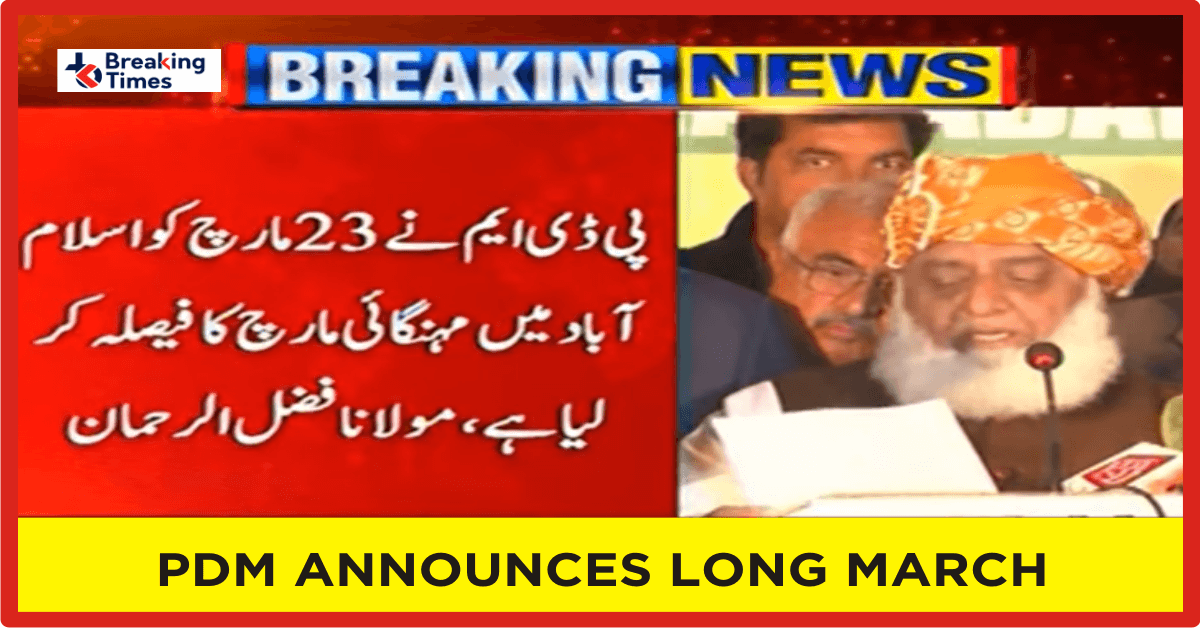 Talking to media after the PDM meeting, Maulana Fazal ur Rehman has said that a fake government without public support was formed in 2018. People from all over the country will join the protest in Islamabad on March 23.

The PDM chief said that the issue of resignations from the assemblies also came under consideration in today’s meeting.

Maulana Fazal ur Rehman said that the Sialkot incident was strongly condemned in the PDM meeting, no citizen has the right to take the law into his own hands, such incidents should be prevented in future.

The journalist asked if the inflation march would be the last round. Maulana replied that there was no last round in the movement, the movement was a name of continuity.

The PDM chief said that there would also be a representative seminar, which would also consult the legal community. A meeting of the PDM steering committee has been convened tomorrow and they are participating in the local body elections.

Maulana Fazal ur Rehman said that the issue was of national level, the nation owned the country, final decision could not be given in struggle and movements.