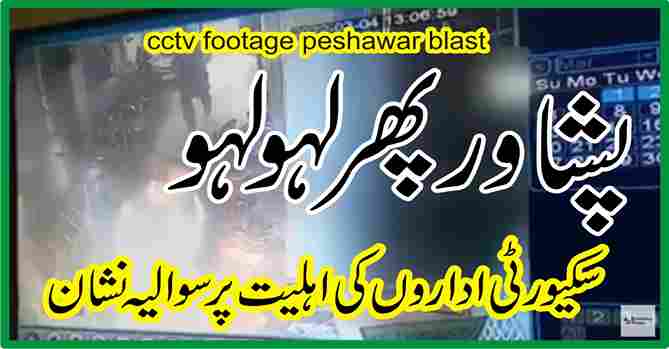 Peshawar ( The Breaking Times – Arshad Farooq Butt ) The death toll from a blast at the Jamia Masjid in Qissa Khawani Bazaar in Peshawar has risen to 56. Whereas 194 people injured in the blast are being treated at the hospital.

A spokeswoman for Lady Reading Hospital told the private news tv channel that 56 people had been killed and 194 were being treated.

The condition of most of the injured is critical, which could lead to an increase in casualties. The blast took place at Jamia Masjid Kocha Risaldar when people were present in the mosque for Friday prayers.

Peshawar Police say a suicide bomber struck the mosque. Two unidentified assailants tried to enter the mosque. There was also an exchange of fire between the on-duty police and the terrorists. A policeman has been martyred as a result of firing by terrorists. The condition of the other constable is critical.

People are angry over the security situation in the country. And the question is being raised as to why the creditors of Number one are failing to meet their obligations.