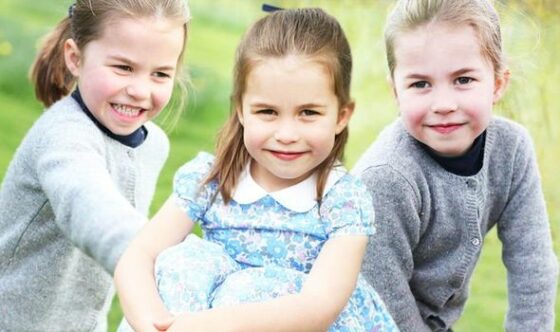 Prince William and Kate Middleton are amazing parents of three children. Duchess and Duke of Cambridge have two sons named Prince George and Prince Louis and also a daughter Princess Charlotte. Every child is adorable and has won fans’ hearts. Princess Charlotte always caught attention; let’s talk about how old is Princess Charlotte and other details.

The princess is growing so fast, and we just can’t over how perfectly she interacts with the public with her royal wave. Let’s talk about all the details of Princess charlotte.

Date of Birth and Age

Princess Charlotte was born on 2nd May 2015. Her parents are popular, Kate and Prince William. She was born in St Mary’sHospital in London. The little girl’s official title is her royal highness princess charlotte of Cambridge. Charlotte is the fourth in the line of succession to the British throne. According to the succession to the crown act, males can no longer take precedence over their older sisters.

Will Charlotte’s children have the title?

There is a common misconception that princess Charlotte’s future husband will receive a ranking title. Neither Charlotte’s husband and not her children will have a regal title. This is because only the sons and grandsons of the monarch receive honors.

Just like the Duke is reserved only for the Duke of Cornwall. The royal titles are inherited through sons. Therefore, Princess Charlotte would not have a title like HRH, princess, and prince. However, Queen Elizabeth gave the courtesy title to Princess Anne’s children but she refused the offer.