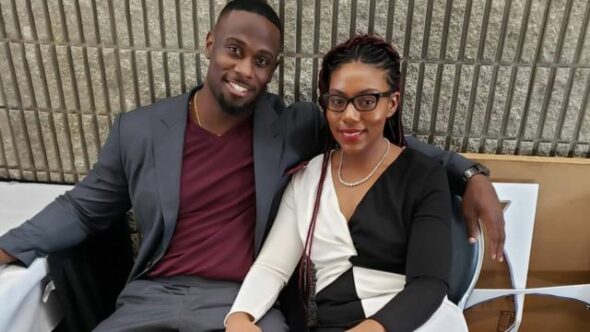 Derrick Jaxn is a well-known relationship guru who married to Da’Naia Jackson. Recently a Portuguese influencer Candice De Medeiros revealed that Derrick is a cheater. According to Candice, Derrick claimed he was separated from his wife and sent $1000 during their short affair. Candice and Derrick shared the bed.

After that, social media bombed with hateful comments where people called Derrick a hypocrite. It is because he gives healthy relationship advice and does not turn into practice what he preaches.

Derrick confessed his wrong deed on his YouTube Channel and said, “ I want to clear, I am not talking about casually kicking it, maybe a lunch or something like that. I am talking about serious as sex, sexual filtration and meeting up and those type of things.”

I must let you know I don’t stand by those actions. I don’t encourage anyone to do that, and I know I can’t build a platform preaching certain things against certain things and then live contrary to that in real life.”

Moreover, he said, “ it falls under the umbrella of inappropriate, affair, cheating, stepping out and definitely not in aligning with the vows that I took.”

He added that I am not a victim; nobody made me do this; she did not make me and push me to do it. I made a decision.” On Instagram, he admitted to cheating with his wife in August and September.

Derrick Jaxn, Wife, Da’Naia, said, “ there is no justification for bringing other women into our marriage, and it was unacceptable, and it is not something that I tolerate or that we tolerate going forward. I found out about it; I did not hesitate or waste time to do so; I stayed gone and stood firm on, I am not coming back.”

Furthermore, she said, I noticed the change in his mentality and how he carried himself and presented himself in conversation that we had never been able to have in 12 years of knowing each other.”

Da’Naia said, “ today, I am at peace and probably stand by his side; I have no hesitation, no shame, no hurt because of the grace and mercy of God. I forgave him, and God has first forgiven him, and I have also forgiven the others.”

Who is Da’Naia Jackson

Da’Naia was born on 21st December 1989. Her birthplace is Denver, Colorado, United States. Leslie Keith broadus was her father, who passed at the age of 30. Her mother, Linda Faye Buchanan, supported her. She has a sister and twin brothers.

She went to Smoky Hills High school and joined Tuskegee University. Da’Naia graduated with a degree in Hospitality Management and then earned a degree in sales and Marketing.

After that, she joined the TEK system and provided information about technical services such as Retention, Staffing, and developing fact-based strategies to see to IT consultants and talent management.

Moreover, she handled the negotiation and execution of contracts between contractors and clients. Besides, Da’Naia was appointed as an account manager at Veredus A hays Company. Her height is five feet and 5 inches.

Derrick and Da’Naia remained together for 12 years before marriage. They have a daughter named Marley. Well. She has forgiven her husband, and now they are living together in a healthy relationship.