Board of Intermediate and Secondary Education Sahiwal is taking annual exams. 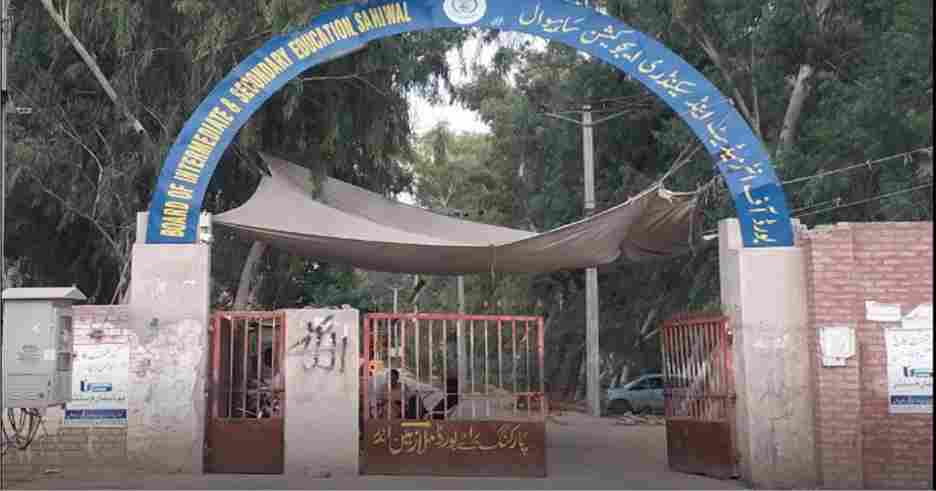 Fake candidate has been caught in Sahiwal board matriculation examination. A case has been registered against the fake candidate on the direction of Chairman Sahiwal Board Hafiz Shafiq Ahmed.

According to details, under the auspices of Board of Intermediate and Secondary Education Sahiwal, annual matriculation examinations 2022 are underway.

Chairman Board Hafiz Shafiq Ahmed and Controller of Examinations Rana Naveed Azmat during the examination at Government Model High School 29 / SP identified a fake candidate among the candidates.

According to Controller Board Rana Naveed Azmat, Ali Shan, a resident of Chak No. 73 / D, Pakpattan, was appearing for the examination in place of Ali Haider.

Ali Shaan was also giving his own test earlier. A case has been registered against both the candidates by handing over the fake candidate to the local police.

Chairman Board Hafiz Shafiq Ahmed while expressing satisfaction over the performance of the staff said that merit and transparency would be ensured in all cases. Such elements will not be allowed to infringe on the rights of the deserving.

He further said that matriculation examinations organized by Sahiwal Board are going on in a peaceful and transparent manner.