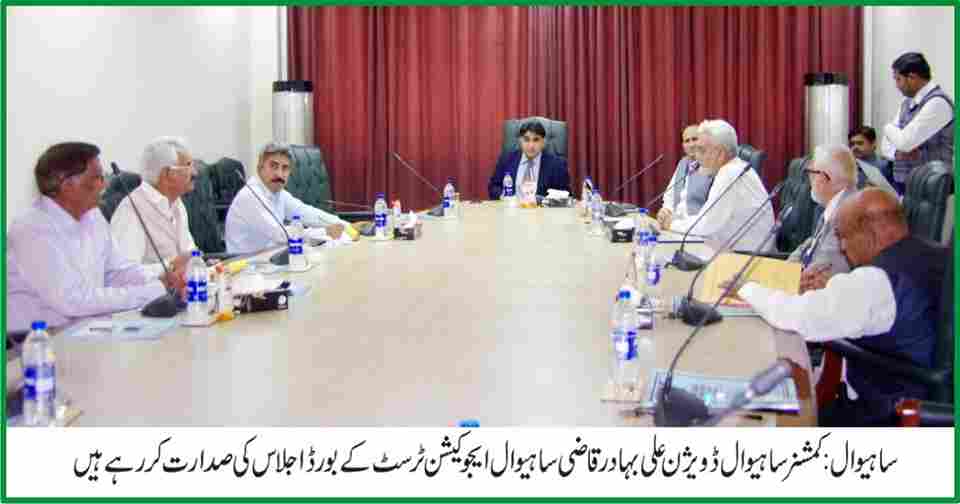 Sahiwal ( The Breaking Times – Arshad Farooq Butt ) Major decision of Sahiwal Educational Trust Board of Trustees, approval to give 50% discount in fees to children of martyrs. The meeting was chaired by Commissioner Ali Bahadur Qazi.

According to details, the board meeting of Sahiwal Educational Trust was held under the chairmanship of Commissioner Sahiwal / Chairman Trust Ali Bahadur Qazi in which the curriculum performance of Sahiwal and Chichawatni divisional public schools was reviewed.

Commissioner Ali Bahadur Qazi appreciated the ongoing tree planting campaign in the Divisional Public School and congratulated the school management on the excellent organization of Cultural Day. Approving 50 per cent fee waiver for all the children of Army, Police and first martyrs studying in DPS, he said that new admission would be on merit as per school policy.

Principal Brigadier (Retd) Syed Anwarul Hassan Kirmani said that the construction of first phase of Ravi Campus is in full swing which will be completed by December 2022 and classes will be started from the academic year 2023. Commissioner Ali Bahadur Qazi expressed satisfaction over the quality of ongoing development work and directed that construction of girls section should be started as soon as construction of boys section was completed.