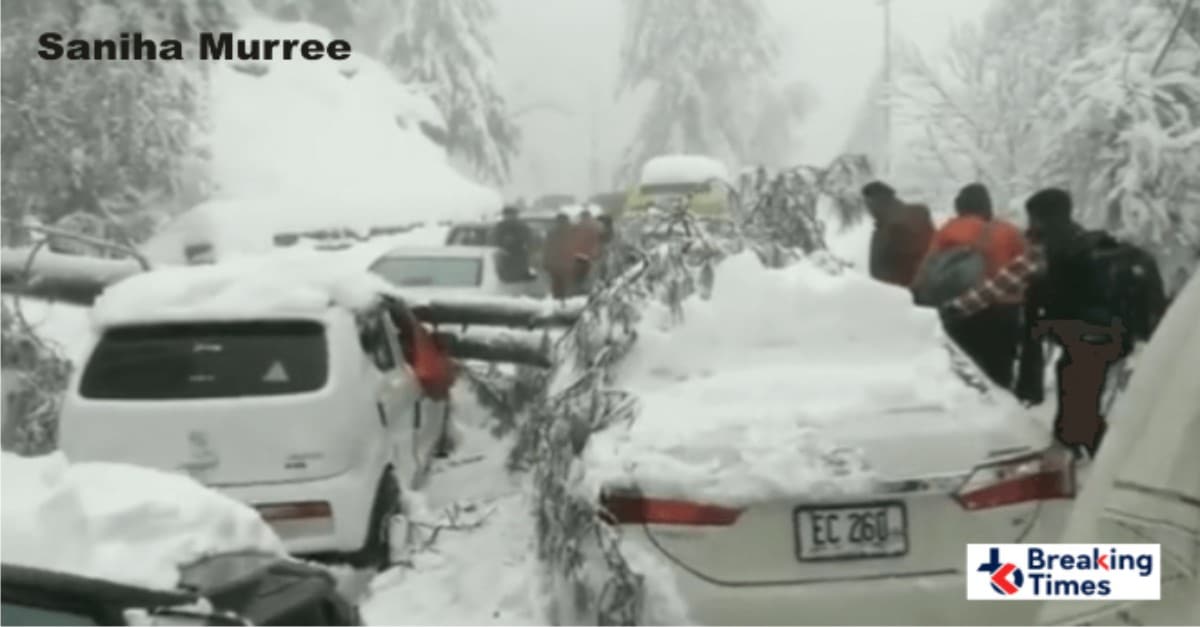 Murree ( The Breaking Times – Arshad Farooq Butt ) Murree Hotel Association has said that the government and the management are responsible for Saniha Murree in which 22 persons are died.

According to the details, Raja Yasir, secretary of Murree Hotel Association, has claimed that management officials were taking selfies. If planning had been done, the deaths of Murree in bad weather could have been avoided.

Talking to a private Tv Channel Geo News, Secretary of Murree Hotel Association Raja Yasir has claimed that this is criminal negligence of the management. There should be a Judicial Commission on this negligence.

Raja Yasir added that when Murree was announced to be closed to tourists, people went back half way. However, half of the hotels in Murree were empty at that time.

It should be noted that the situation in Murree has deteriorated due to heavy snowfall and tourist rush. The tourist destination of Murree has been declared a disaster after more than 20 people were died in their vehicles.

Murree Hotel Owners increase Rent for one night to Rs 40,000

On the one hand, human tragedy continues in Murree, the hotel owners have raised the rent for one night to Rs 40,000.

Journalist Dawn News Riaz-ul-Haq has said in a tweet that hotels in and around Murree are charging up to Rs 40,000 a night from stranded tourists.

On this news, Journalist and Anchor Hamid Mir expresses his regret and has said that this is a sad situation. Even a five star hotel does not charge 40,000 rupees a night.

Those who are the victims of this looting should identify these looters of Murree with evidence. Get receipts from these hotels and share their names on social media.