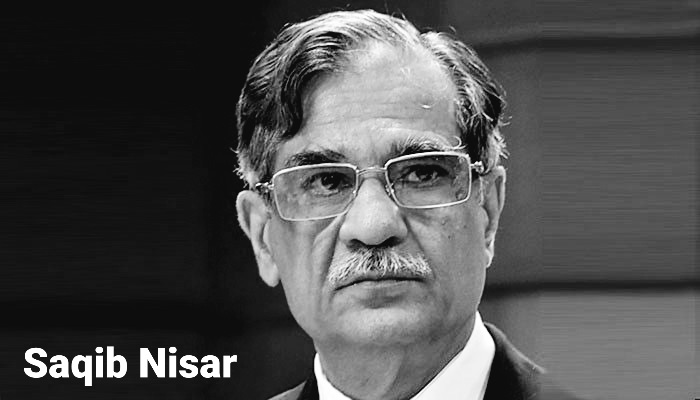 ISLAMABAD (The Breaking Times – 22 November 2021 – Arshad Farooq Butt) An alleged audio clip of former Chief Justice Saqib Nisar has surfaced in which he instructs someone on the phone that Nawaz Sharif and her daughter will have to be punished to bring Imran Khan to power.

Comments are being made on social media on the alleged audio clip of former Chief Justice Saqib Nisar about Nawaz Sharif and Maryam Nawaz and statements of various leaders are coming to light.

PML-N President Shahbaz Sharif in his statement released on social media site Twitter has said that the release of new audio tape of former Chief Justice shows how Nawaz Sharif and Maryam Nawaz were targeted through a big conspiracy to keep them away from the political process.

Shahbaz Sharif further said that it is time to correct the wrong things, the nation is looking towards justice system.

Analyst Salman Ghani says that things are coming to light. The faces of the worst characters in history are being exposed. Who did what, at whose request did and how, everything is unfolding. And Allah exposes the innermost being of every person before he leaves the world. There may be some aspect of good out of evil

PML-N MPA Hina Pervaiz Butt has said that the atrocities committed against the former Prime Minister and his daughter must be stopped.