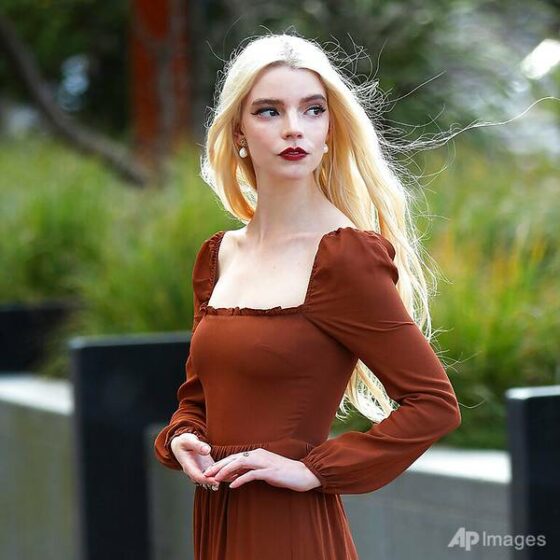 Anaya Taylor Joy is an example of those committing to do what they love. She always carved out a unique niche and got fame globally. Her nickname is Scream Queen for her roles in scary thriller films The Witch, Morgan, and Split.
She is an American actress and rated as the fast-rising actress in the film industry. Recently, she has been playing a role in the film Emma.

She is the youngest kid in the family. Her father, a former international banker, gave up life into motorboat racing. The mother worked as an interior designer and photographer. She grew up in different places like Miami, Argentine, and London.

Anya Taylor Joy’s Family shifted to London when she enrolled in an elite West London private school. Shye faced bullies here for her eyes and language when she spoke Spanish until she became conservative in English.

Once, she said, “I was too English to be Argentine, too Argentine to be English too, American, the kids did not understand me.” Anya said, “I have bad eyesight, so I can’t see my reflection in car windows or anything. I did not want to be about physical appearance if that makes sense.”

At A very young age, Anya Taylor became an actress, and during her teenage period, she was bullied and dropped out of school. Well, she found good fortune in the modeling industry. During a shopping trip to Harrods, she was spotted with Sarah Doukas model.

First, Anya did not understand and mistook Sarah for a kidnapper. She followed Anya; she took the next turn and tried to run. But Sarah continued to follow her and was soon stopped by Sarah. A moment changed her life when Sarah gave her card to Anya and asked her to come to her office with her parents.

This all changed her life and landed her dream job. Anya is portrayed in the role of Philippa Collins in the tv series Endeavour.

Anya’s Role in The Witch

Anya got her first role in 2015 when she delineated Thomasin’s character in Robert Eggers’s horror film “The Witch.” Through this, she earned many nominations and won a handful of awards. After this breakthrough role, she took the step into the movie industry and played a leading role in the movie Split 2016.

Moreover, in other movies and tv shows of Anya, Glass Radioactive, Emma, Here Are The Young Men, The New Mutants, The Dark Crystal: Age of Resistance, Peaky Blinders, and many more. Recently, Anya was seen in the tv series “The Queen’s Gambit,” in which she played Beth Harmon’s character.

The Queen debuted in October 2020 and became the streaming platform’s No 1 among sixty-three countries and the most watched series ever. She told in an interview that she had never played chess but understood the theory of chess very well. The character Beth is an orphan and gets addicted to pills.

She played chess and became the top-ranked chess player in the world. Anya battles with drug and alcohol addiction. Anya’s series The Queen is one of the fall’s biggest hits in the pandemic. She was praised and loved for her role in M. Night Shyamalan’s horror series The New Mutants.

Anya earns wealth through her big popular movies such as The New Mutants, Rolf Flowerbomb Dew, and many more. No one knows about Anya Taylor’s Net worth.

Anya has been dating an Irish actor Eoin Macken. She is engaged to Eoin and seen flaunting a ring. Her finger’s ring is a mystery; it seems she is a ring lover. Anya was seen wearing rings on her fingers. She flaunted a ring on 24th August 2018.