After realizing the mistake, Alishba Anjum can be seen running away 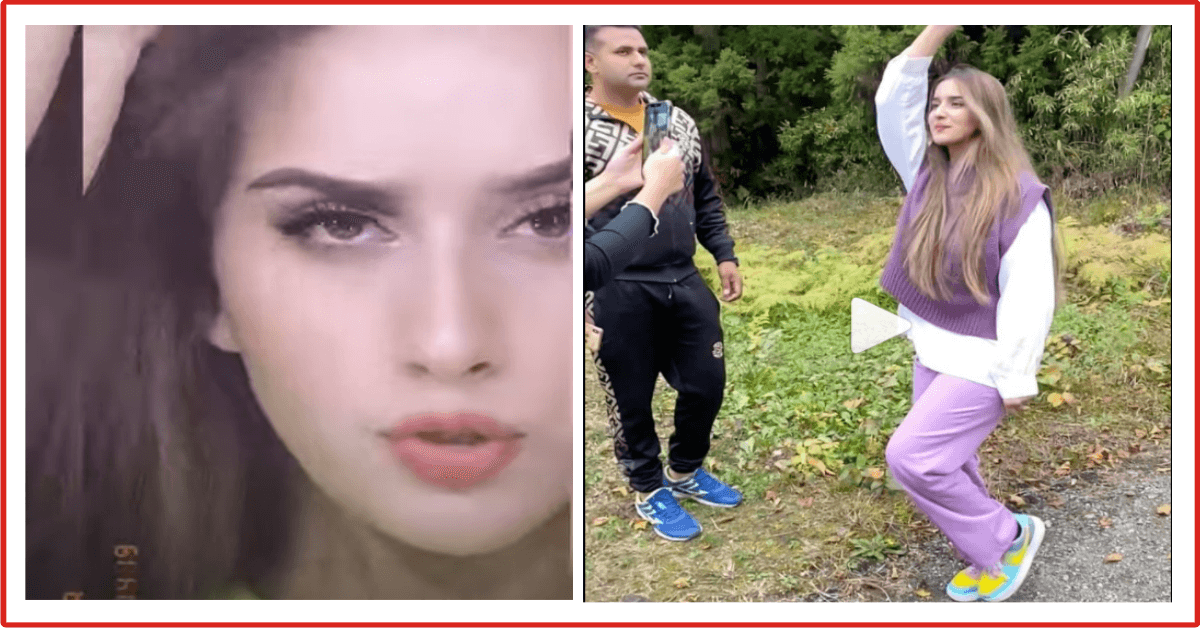 Lahore ( The Breaking Times – November 27, 2021 – Saad Ramzan) Alishba Anjum, the sister of jannat Mirza has slapped a man standing on the footpath while recording a dance video to the Indian movie song “Tip Tip Bsrsa Pani”.

After realizing the mistake, Alishba Anjum can be seen running away from the spot with her camera friend. However, the affected person remained there watching her. This video of TikTok Star Alishba has gone viral on the Internet as soon as it has been uploaded.

Tiktok star Jannat Mirza’s sister Alashaba Anjum is also following the footsteps of her sister and soon she seems to be able to make a place in the hearts of fans because of her content which is similar to jannat Mirza. While commenting on this video, the social media fans of Alishba wrote that:

It is to be noted that Alishba Anjum makes entertaining videos for social media fans especially for tiktok followers and has 1.5 million followers on Instagram too. She is the sister of Jannat Mirza who has the most followers of Tiktok in Pakistan.