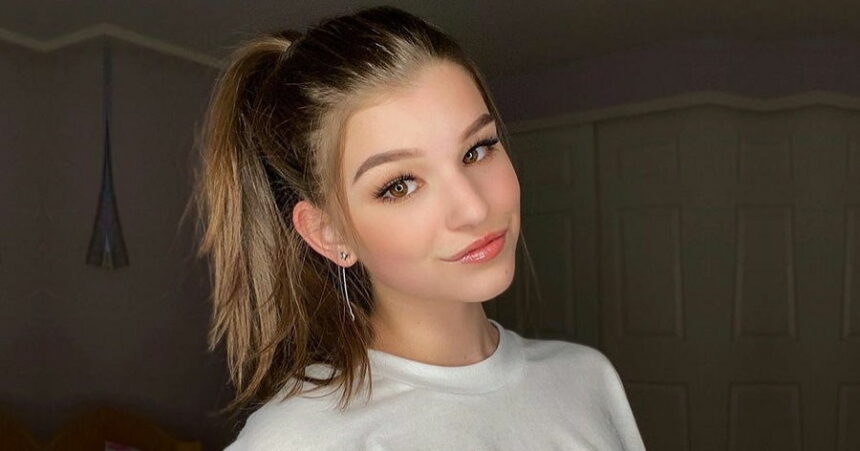 Brooke Monk is a popular American Tiktoker and well-known for posting short videos and dancing videos on her TikTok account, where she has massive followers. She also has a Youtuber Channel with 733k subscribers.

She gained immense popularity because of her content. She commented that she was a trump supporter, and many of her followers did not feel that in 2019. She also got criticism for her no-makeup looks.

Brooke commented on someone’s home tour in 2019 and featured a flag supporting Trump. She wrote, “ haha, Trump flag, and now you got a new follower! Trump 2020.”

Someone noticed her comment, and it became a whole thing in October 2020. After that, she realized her comment and released a statement where she explained the reason behind her word. She said, “ she made this comment after three weeks of downloading TikTok and was very ignorant/misunderstood so many policies.”

Responded to No Makeup Look Criticism

Brooke is a passionate and creative person. Brooke Monke’s without makeup look is one of the best ways to express herself. She really enjoys traditional looks, styles, designs, and different colors. Her viral foxy eyes makeup with long lashes and dark eye shadows were viral.

She received both appreciation and criticism for her no-makeup look. Besides, she also posted a tutorial video without makeup, where she explained that she could not put on makeup due to the style of her eyes. She also made another clip and posted her face without makeup and wrote how pretty she felt without makeup.

Well, some of her followers were faithful and told her that she was stunning with or without makeup look and suggested not to listen to jealous haters. A fellow TikTok star Leenda Dong supports her with the comment, “Wit or without makeup; you look like Disney princess mah friend.” She says thanks to everyone.

Brook’s date of birth is 31st January 2003. She was born in the United States. She is the middle child among four siblings. Brooke keeps her life a secret; therefore, she does not share much detail. She was a homeschooled person, and she said homeschooling has its own pros and cons.

Brooke became popular when she began her career on Tiktok in 2019. Now she is dating model Sam Dezz. They began chatting on Snapchat in 2020 and chatted every night for months.

Brooke said she was coming to Los Angeles and asked Sam if he would hang out with her. After some time, they officially started dating, and they created their chemistry.