Prime Minister Imran Khan has taken notice of the incident in Talamba town of Mian Channu. 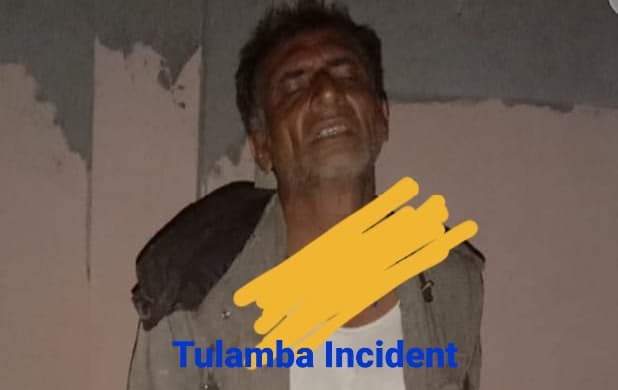 Tulamba ( The Breaking Times – Arshad Farooq Butt ) Rana Mushtaq, a mentally ill man, has been killed by a religious mob in the name of blasphemy in the town of Tulamba in Mian Channu city, district Khanewal.

On the other hand, a case of murder of a citizen Rana Mushtaq by mob in Mian Channu on charges of blasphemy has been registered in the complaint of SHO Tulamba Munawar Gujjar.

A Punjab Police spokesman has said in a statement that 85 people, including 15 main accused involved in the Tulamba incident, have been arrested.

Tulamba Police has said that the main accused tortured the citizen with bricks and sticks. The lawsuit alleges terrorism and serious crimes.

Allama Tahir Mehmood in a press conference with Deputy Commissioner Salman Khan and District Police Officer Syed Nadeem Abbas after meeting the members of the peace committee has said that the Tulamba tragedy deserves condemnation.

The tendency to become a judge and an executioner must end together. What will be the response of the Prophet (peace and blessings of Allaah be upon him) for those who stoned a mentally ill person to death?

The statement of Rana Zulfiqar, brother of Rana Mushtaq, who was killed by a mob in Mian Channu, has also come to light.

Speaking on a private TV channel Geo News, Rana Zulfiqar has said that Rana Mushtaq had been mentally paralyzed for 16 years. The victim was also being treated by a Multan doctor. The killers knew about my brother’s mental state.

It is to be noted that Tulamba is a big town which comes in Mian Channu City. Khanwal is the district of Mian Channu. Tulamba is situated between Mian Channu and Abdul Hakim city. Renound scholar Molana Tariq Jameel Foundation is also in Tulamba Town with a lot of other mosques and religious schools.