Unexpected Chloe and Max Schinzel Relationship, Max is Out of Jail 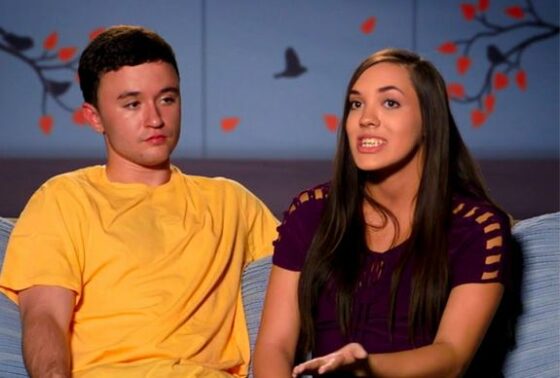 Unexpected Chloe Mendoza and Max Schenzel joined the show after Chloe got pregnant. Their drama got bigger, and Max was forbidden from meeting his daughter. He proved to be no good to Chloe, and the little girl, which forbade the entry of Chloe’s house, the arrest and long struggle with addiction weakened their bond between them. This article reveals all the details of Max and his experience of being a father and many more.

Max was arrested for the first time in 2019 because he was on drugs and stole a credit card, casino vouchers, and cash from his friend’s grandmother. Moreover, he remained in jail for three months. After that, he took his neighbor’s car to meet his girlfriend, Chloe Mendoza.

During driving, he realized he was doing wrong, so he went back. The next day. He was arrested and released on bail with an ankle monitor. However, he made a positive change in his life with sentencing of six months.

He worked in the jail and made bread. Max shared that he did not have a good start in the first two months in jail and remained depressed. The significant loss was not seeing his daughter, and he stayed positive about becoming a become father of the little girl. After that, Max said this experience taught him a lot.

Feud With Unexpected Chloe and Her Mother, Jessica Bowman

Max is feuding with Chloe and her mother, Jessica Bowman. She tried everything to prevent him from contacting her daughter. Max said he remained sober for a year, and Chloe still refused to allow him to meet the daughter, Ava. He showed his frustration on social media: “I never beat up anyone, oh my Lord, Chlor has a new boyfriend and happy to see that she is happy.

I have never seen Ava in six months because of the restraining order, and they are required to, even if it is a false domestic violence charge. I did not see my daughter because I was in custody for six months. ”

After that, Max wrote another tweet to Chloe in which he said; I know you are reading this and don’t know why you have blocked my number. I don’t want anything and want everything to do with our little girl. I am sober now—–”

In the response, Chloe writes Over one year Sober, huh? Maybe, but not definitely clean. I am tired of having someone bash my daughter and keep trying to convince people that he is always drinking; where Is your so-called proof that she is doing these things?

Who cares when she goes out for a night or week? She is a wonderful mother and responsible young adult who know how to have fun without alcohol being involved.”

Max’s roommate, Jason’s girlfriend, replied, “Dammmnnnn Idon’tIdon’t know why all knew max personally and actually lived with him? Crazy! Hear all this sh*t off; what a show. The world is full of dumb*sses—–”

Well, Max went on a live session with Tricia Braunstein and talked about Chloe and Jessica. Fans asked them if Max and Tricia were dating.

Max was born in 1999 and grew up in Gilbert Arizona. His father’s name is Todd Schenzel. His father also had a criminal record. He was also arrested because of many charges like issuing bad checks, theft, and forgery.