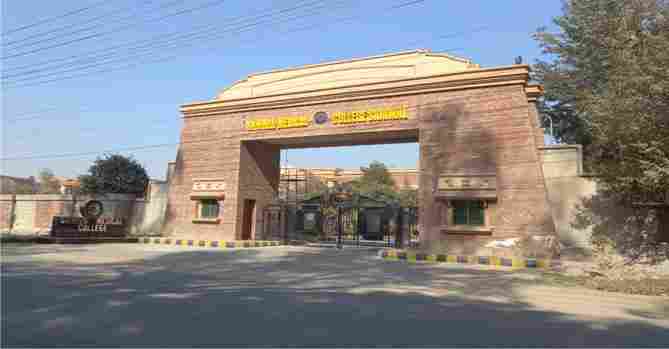 Dr. Rafi Abbas, President, Young Consultants Association, Sahiwal Medical College, has demanded of the Punjab Chief Minister that the contract teachers be made permanent in order to fill the shortage of faculty in the four newly established medical colleges.

In a press release, he said that there was a severe shortage of teaching faculty in the new medical colleges of Punjab including Sahiwal, Rahim Yar Khan, Dera Ghazi Khan and Gujranwala Medical College.

He said that due to lack of teaching faculty, patients were facing severe difficulties in their treatment and medical students were having problems in their teaching process.

He appealed to the Punjab Chief Minister Hamza Shahbaz to regularize all the faculty members who have been working on contract for more than three years so as to provide the best treatment facilities to the patients as per the vision of the Chief Minister. At the same time, the teaching process of the students of these medical colleges could be continued in the best possible way.

He further said that at present there were 48 faculty members across Punjab including 22 in Sahiwal Medical College, 14 in Gujranwala Medical College, 6 in Sheikh Zayed Medical College Rahim Yar Khan, 5 in Dera Ghazi Khan and one in Pak Italian Burn Center Multan who were working on contract.