Raja Gidh, is her most well-known work. 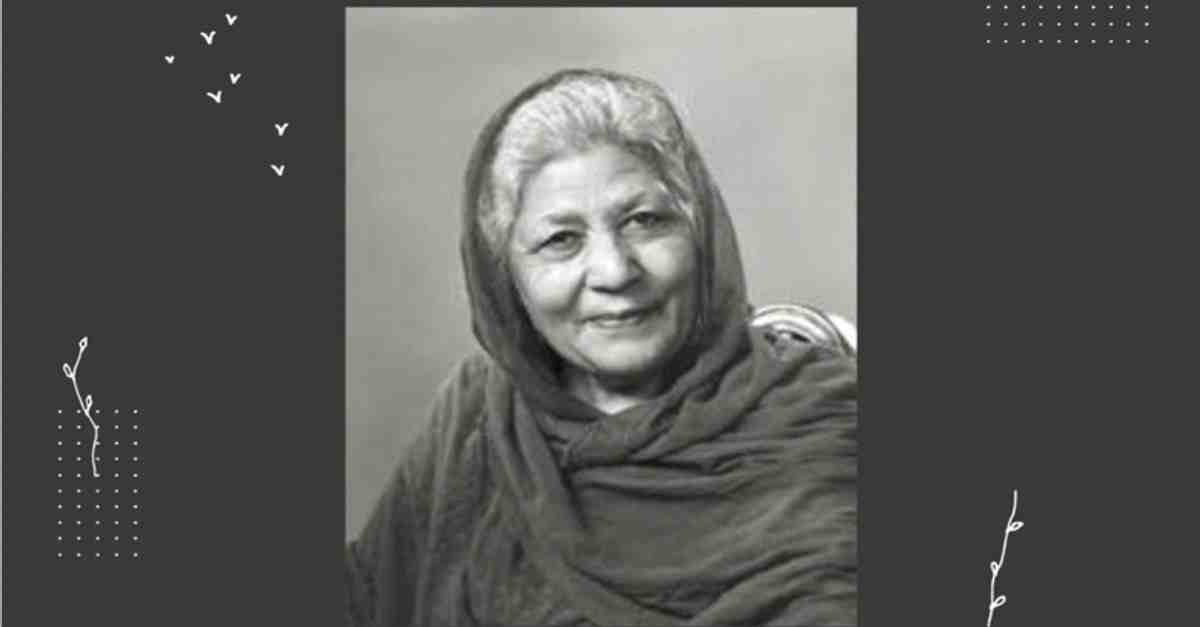 Bano Qudsia was a Pakistani author, dramatist, and spiritualist who was also known as Bano Aapa. She wrote Urdu literature, including novels, plays, and short tales. Raja Gidh, is her most well-known work. Qudsia also wrote in Urdu and Punjabi for television and the theatre.

Bano Qudsia was born on November 28, 1928, in Firozpur, British India. Her brother, Pervaiz Chattha, was a painter, and her father was a Bachelor of Agriculture. Bano’s mother, Zakira Begum, was an educator who encouraged her to pursue a career as a writer. She moved to Lahore with her family following India’s partition, and while in class 5, she began composing short tales. Bano Qudsia married Ashfaq Ahmad, who was also interested in literature. The duo left an indelible mark on the world of literature with their outstanding books and plays. Athir Ahmad Khan, Aniq Ahmad Khan, and Anis Ahmad Khan were their three sons.

Bano’s writing career began in 1947 because of Ashfaq Ahmad’s support during their undergraduate days. Bano’s early fame stemmed from her story, “Warmandgi Shoq.” Bano’s fame skyrocketed with the publication of Raja Gidh. This was one of Bano’s finest works, and it blew readers’ heads.

Bano has written a number of TV shows, novels, and books. She not only displayed her finest and most skilled compositions on television but also on the radio. Her first drama series was “Sudhraan.” Until 1965, Bano was written for radio.

She was given the Sitara-i-Imtiaz by the Pakistani government. In 2010, she received the Hilal-i-Imtiaz award for her contributions to literature.

In 2012, she received the Kamal-e-Fun award from the Pakistan Academy of Letters. Pakistan Life Care presented her with the Lifetime Achievement Award.

At the age of 88, she passed away on February 4, 2017. Her words and great efforts will continue to brighten the path for the country’s young.