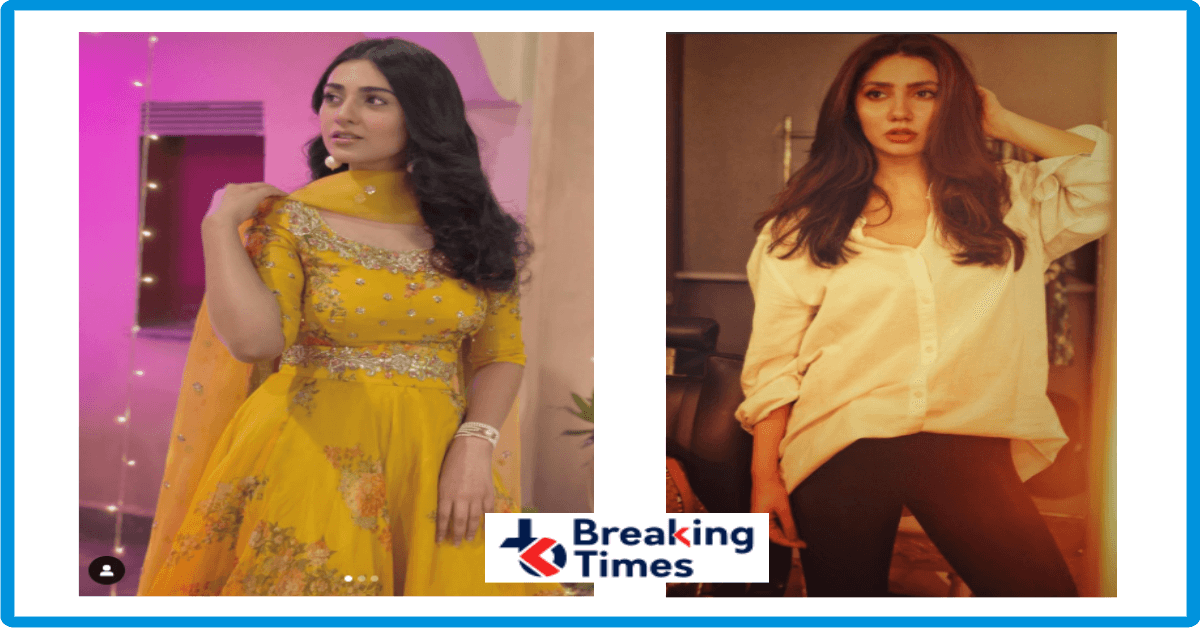 Lahore ( The Breaking Times – December 15, 2021 – Arshad Farooq Butt ) Comparisons are being made on social media website instagram between the beauty of the two most beautiful Pakistani actresses Sarah Khan and Mahira Khan.

Both Sarah Khan and Mahira Khan are considered to be among the Top actresses in the Pakistani showbiz industry.

Recently, a comparison is being made between these two actresses by a social media fan page on instagram as to which of them looks more beautiful in the bridal dress.

A photo collage has been made of Sarah Khan’s red wedding dress and Mahira Khan’s green wedding dress in which fans of both are asked:

“Which of the two actresses looks more beautiful as a bride? Sarah Khan or Mahira Khan?”

In the comments section of this post, hundreds of fans of both have responded by expressing their liking for the beauty queens.

In the comments section, if the upcoming votes of the fans are compared, then these two actresses are making the fans look good as brides whereas Sarah Khan is getting more votes.

On the other hand, some Instagram users say that these two actresses look beautiful as brides and there can be no comparison between them as both are the beauty queens. 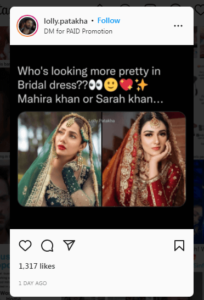