Cannabis is smuggled not only in the country but also abroad. 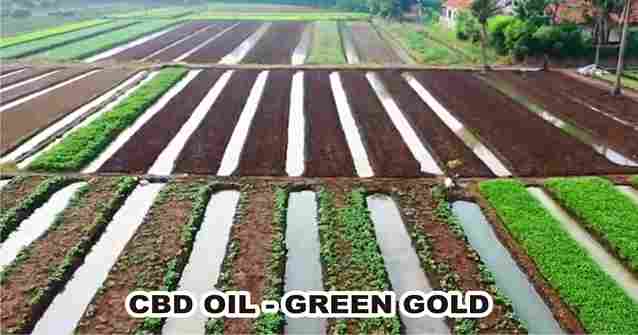 Farmers in Pakistan are awaiting legal permission from the government to grow cannabis which is cultivated in three districts of Khyber Pakhtunkhwa, namely Tirah, Orakzai and Kurram in the Khyber Valley.

Cannabis is smuggled not only in the country but also abroad. In other countries, cannabis ingredients are used to make food, clothing, medicine and construction materials, which are far more lucrative than cannabis marijuana.

Responsibility for the survey was given to the Department of Pharmacy, University of Peshawar. From June 2021, a survey on cannabis was started in three districts and using modern methods and technology, information was collected on the total area under cannabis cultivation and annual production of cannabis in a short span of six months.

This information was submitted to the Khyber Pakhtunkhwa Economic Zone in December 2021. Rs. 14.3 million was spent on this research work.

What did the survey report reveal about Canabis Industry in Pakistan?

The survey report suggested to the government that six factories be set up in three cannabis growing districts to extract CBD oil from cannabis and to manufacture various products from cannabis stems, which would provide direct employment to 6,000 people.

The price of CBD oil per liter in the open market is $1500  (300,000 Pakistani rupees). One kilogram of cannabis produces one liter of CBD oil. Due to the good price of CBD oil, it is called ‘Green Gold’.

The report also suggested fundamental changes in cannabis seeds. This is because the current crop has a drug content of 43% which is very high.

History of Legal Cultivation of Cannabis in Pakistan

The first policy for legal cultivation of cannabis in Pakistan was formulated in 1950 under which the first cultivation took place in Bahawalpur district of Punjab. However, the plan failed because of the hot climate in the area.

The government later successfully experimented with cannabis cultivation in the cold areas of Hazara Division, but no significant work was done on these projects.

Cannabis was also cultivated illegally in various hilly areas of Khyber Pakhtunkhwa districts and for a long time now cannabis has been cultivated in Tirah, Orakzai and Karam.

Advantages of Cannabis in Economy

Production and Stages of Cannabis in Pakistan

Medical and industrial status of cannabis in Pakistan

History and laws of Cannabis in Pakistan