Chris Evans posted a picture of his brand-new iPhone 13 and his old iPhone 6s side by side. 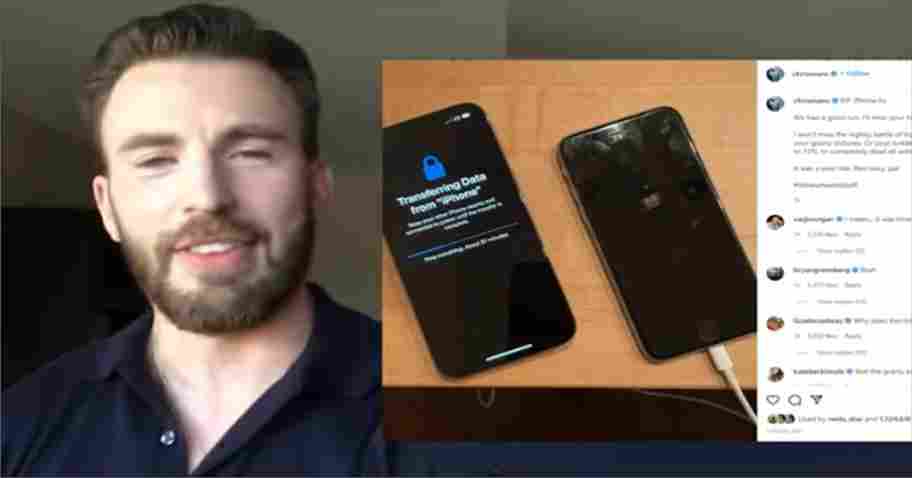 It may surprise some that one of the most well-known performers on the planet still had an iPhone 6s up until recently. Some people generally assume that celebrities always own the newest and priciest technology.

Chris Evans, who plays Captain America in the Marvel comics, is not only known for being a handsome soldier but is also regarded as one of Hollywood’s more relatable performers.

The actor performs many activities on his social media accounts, especially Instagram, and typically shares his daily updates with his followers.

Recently, the Marvel actor Chris Evans announced on his Instagram page that he had finally given up on his iPhone 6s and had upgraded to the higher model.

Chris Evans posted a picture of his brand-new iPhone 13 and his old iPhone 6s side by side. The actor wrote, “RIP iPhone 6s.” in the caption. We had a fantastic run. Your home button will be missed. The actor also commented, “I won’t miss the nightly battle of trying to get you to charge,” about the shortcomings of his old phone. Or your blurry video. Or your battery suddenly lowers from 100% to 15% to completely worthless in minutes.

The most important thing is that when Apple introduces the iPhone 14 in a few months, Chris Evans won’t be overly disappointed.