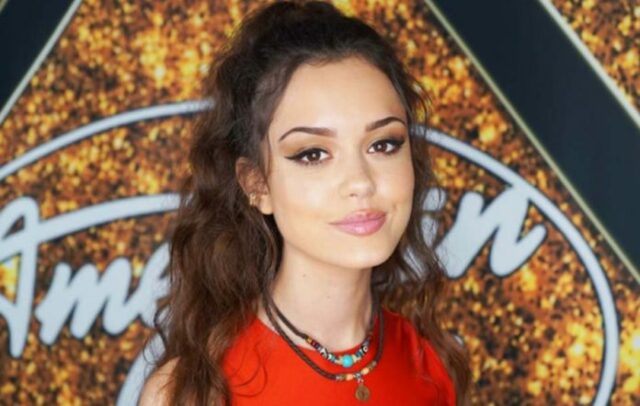 American Idol comes with amazing singers and also welcomes past contestants into the audition process. The second season contestant Casey bishop appeared as a special guest during auditions. Casey came into the top 4 but did not make it to the finale. In the American idol, she performed Billie Eilish’s “Wish You Were Gay,” and the judges were surprised.

Well, Her journey as an American idol came to an end. Her performance left the judges speechless. However, Grace Kinstler, Chayce Beckham, and Willie Spence formed the top three, moving to the finale. Let’s talk about all the details of 16 years old Casey’s age, family, Instagram, and many more.

Who is Casey Bishop

Casey was born in February 2005, and her birthplace is Estero, Florida. Her mother, Danielle Davis, raised her. She is the beverage manager at Old Corkscrew Gold Club, and her father is a pro golfer. Casey Bishop’s height is five feet and six inches, and she weighs 55 kg.

She has four siblings, and Casey is the youngest. Casey got an education from Three Oaks Elementary School. After that, she went to Cypress Lake High school for the arts program.

Moreover, she uploads cover songs, and her famous cover songs are Santeria by Sublime and Wish you were gay by Billie Eilish.

Casey also gave auditions for many talent shows such as Voice and America’s Got Talent but got rejection. After that, she appeared on the American Idol, where she sang Motely Crue’s Livewire and received three yes. She also received a shout-out from Motely Crue for Livewire.

Casey Bishop Black Hole sun Soundgarden got hit, and she also sang Judy Garland’s Over the Rainbow for the Oscar Nominated Songs round and secured her position in the top 10.

To get closer to the finale, she sang Bishop Love Me Leave Me, a reprise of Livewire by Motley Crue, and Break My Heart again with Chayce Beckham.

She is active on social media appearances under the username @caseybishop, with 151k followers. Moreover, Casey is also active on Twitter with 7.8 k followers and on Facebook with 19k followers.