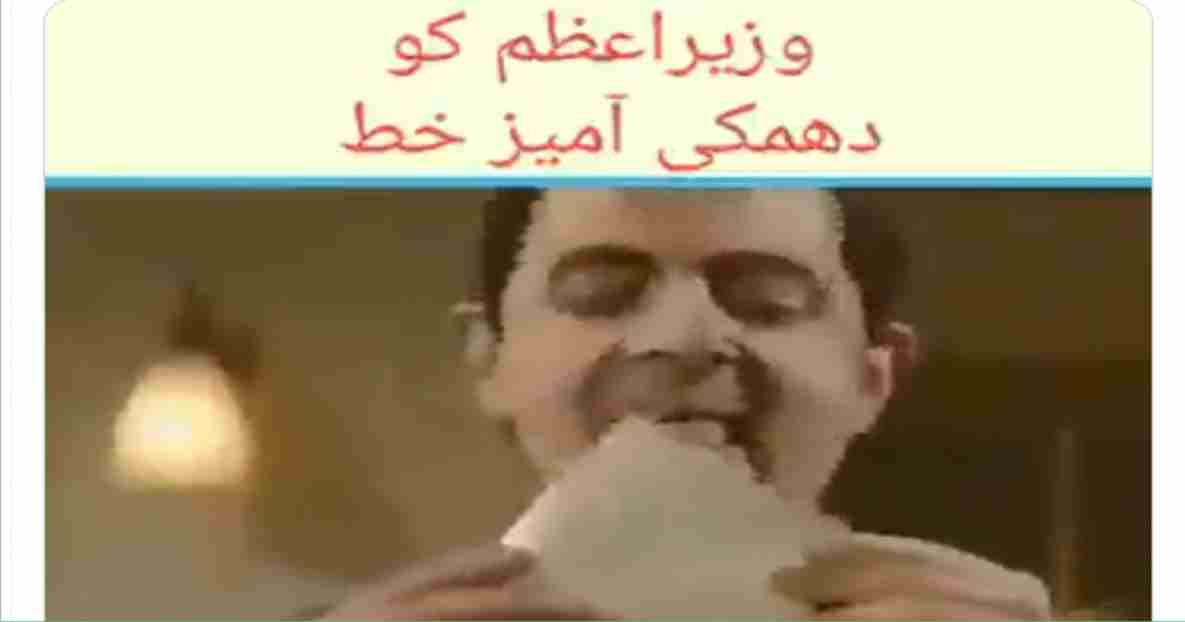 Pakistani people are very lively. They don’t miss any opportunity to celebrate. If you don’t believe it, just look at the recent incident of waving a letter by Imran Khan in PTI Jalsa Islamabad. But the public is taking advantage of this situation to create memes.

According to the details, Prime Minister Imran Khan stood in PTI Jalsa Islamabad yesterday and waved a letter saying that the PTI government were threatened in writing.

Imran Khan said he had the letter as proof. Attempts were being made from outside to twist Pakistan foreign policy. Shah Mehmood Qureshi found out about this in the last few months. Saying that, Imran Khan put the letter back in his pocket.

But when the letter was waved by him, there was a storm of jokes and memes on social media including twitter and facebook.

A user on microblogging website twitter, Farhan Zaheer Khawaja, while sharing a short clip of Mr. Bean, wrote that “the secret behind that letter”.

It can be seen in the clip that Mr. Bean prepares the letter and after leaving the room he throws the same letter again in his own room. He enters the room again and shows happiness finding a letter in his waiting.

Another user on social media, Javed Timon has shared a love letter in which the lover is expressing love with his beloved girlfriend. This letter is written in a very childish way with spelling mistakes. 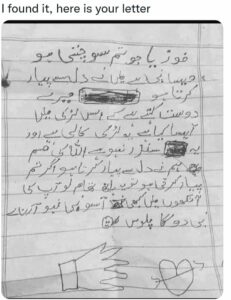 “We are all well and we want your well-being. The request is that we are launching a global conspiracy against your caliphate. Many world powers. ” 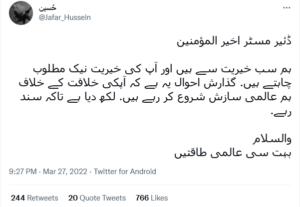