Jannat was born on September 14, 1997 in the Pakistani city of Faisalabad. 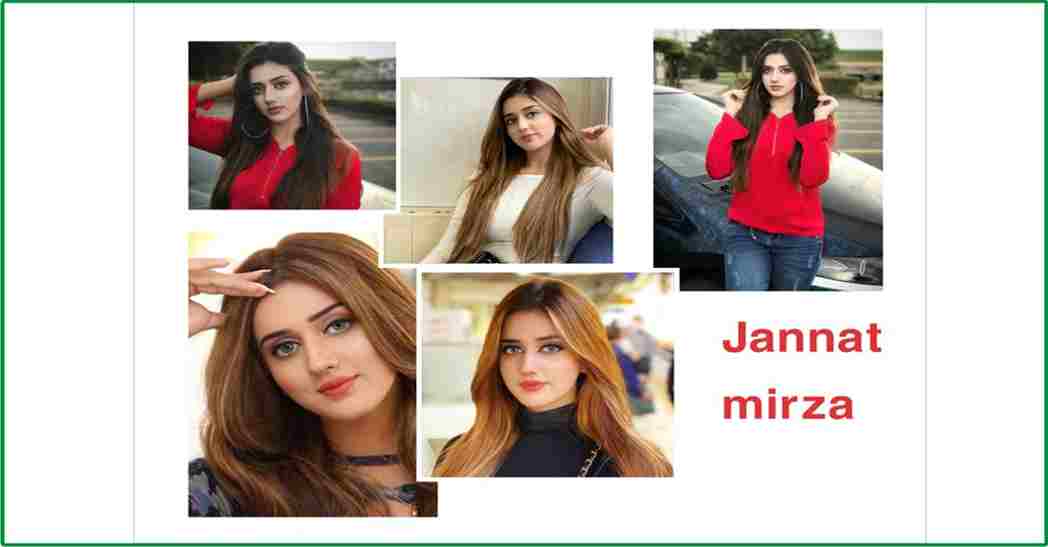 Jannat Mirza is a Pakistani model who is famous on TikTok. On TikTok and Instagram, she has a significant number of fans. Jannat Mirza rose to prominence thanks to her tiktok videos in the genres of comedy, lip-sync, dancing, and romantic sound clips.

She was born on September 14, 1997 in the Pakistani city of Faisalabad. She earned her bachelor’s degree from Faisalabad University. She is the youngest of two sisters. One is Tiktoker Alishba Anjum, while YouTuber Sehar Mirza is the other. Her father is a cop, and her mother is a stay-at-home mom. Jannat Mirza is dating Tik Tok sensation Umer Fayyaz Butt. She stands 5 feet 6 inches tall and weighs 55 kg. Her hair is coloured brown and her eyes are black.

Jannat Mirza began her work as a tiktok content maker. People started to fall in love with her emotions and her up-to-date lip sync videos as she progressed. She quickly became a well-known tiktoker. She had a lot of fun making these clips. Jannat began her acting career after receiving all of the attention from tiktok.

She originally appears in Sarmad Qadeer’s song Shayar. On YouTube, this song has almost 18 million views. Jannat has given an outstanding performance in the song Shayar. In Shayar, she co-starred with Ali Josh.She is a really brilliant young lady who is now trending at number one on TikTok. Jannat is, without a doubt, the Tiktok queen.

She agreed to appear in the Punjabi film Tere Bajre Di Rakhi. Syed Noor directed Tere Bajre Di Rakhi, which has notable names like Saima, Saleem Albela, Shafqat Cheema, Mustafa Qureshi, and others. Jannat is almost ready to take over the big screen.

Jannat Mirza is a stunning young woman. She continues to share her photos with her followers. Jannat has a lot of images on her social media accounts. Jannat Mirza is Pakistan’s most popular TikTok celebrity, with over 16 million followers and 488 million likes.