There are rumors that Harley Quinn is gonna join the movie but nothing is confirmed yet. 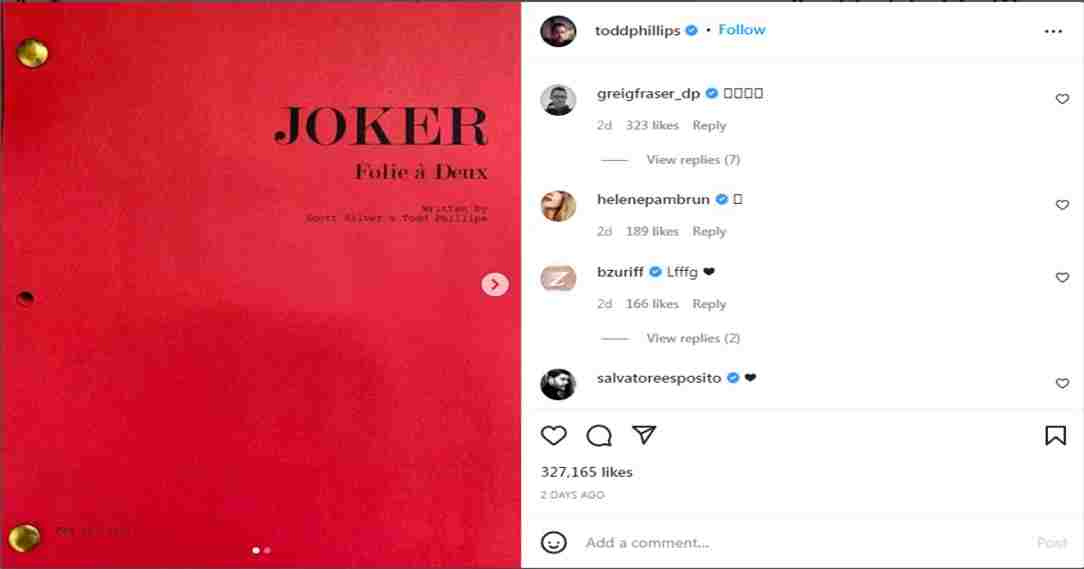 Todd Phillips, the director of the film Joker, just announced that he is making a sequel to the movie via his Instagram.

Recently the director posted two pictures. The first is the title page of the coming film’s script, which reveals Joker: Folie à Deux as the title.

The second photograph shows Joaquin Phoenix, who won the Best Actor Oscar for his role as Joker in the first film, reading the script in question.

Phillips’ statement is surprising, given that neither he nor Phoenix seemed thrilled about recreating the movie, especially after The Batman appeared to cast Barry Keoghan as yet another competing Joker version.

The title is the only clue we have as to where this film might take Arthur Fleck. Folie à deux is a French phrase for a mental illness that affects two or more people.

Who will join the Joker as a co-actor?

No news until now about who will join Joaquin Phoenix as a co-actor, but as the title says that it is a mental disease that affects two or more people so that thing is clear that there will be someone who will join the previous actor.

There are rumors that Harley Quinn is gonna join the movie but nothing is confirmed yet.