SP Gulshan has said that a bomb disposal squad has been called. 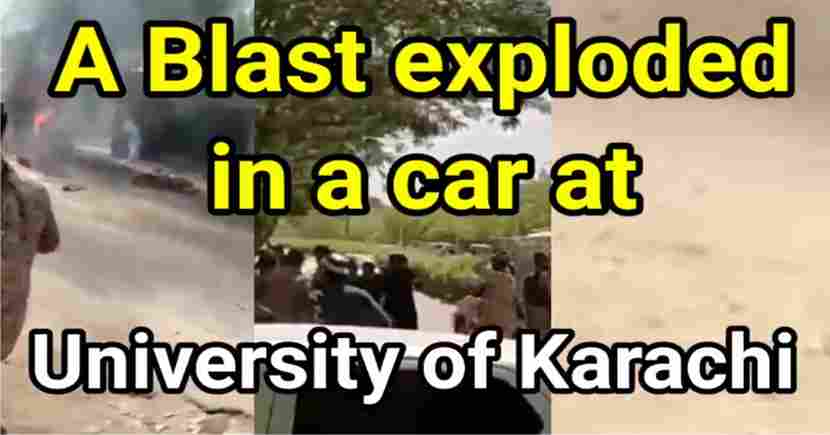 The blast near Commerce Campus at Karachi University has killed three people and injured four others. The dead included the driver and two foreign teachers.

According to a private TV channel Dunya News, the campus security in-charge has said that the blast took place in a van coming from outside.

The dead include the driver and two foreign teachers. Private TV Dunya News has claimed that four people have been killed. A van coming from outside collided with teacher’s car.

Karachi police say they are examining the nature of the blast. While the number of the vehicle coming from outside is being traced.

According to private TV Channel Samaa News, SP Gulshan has said that a bomb disposal squad has been called. The facts will be known only when their report comes.