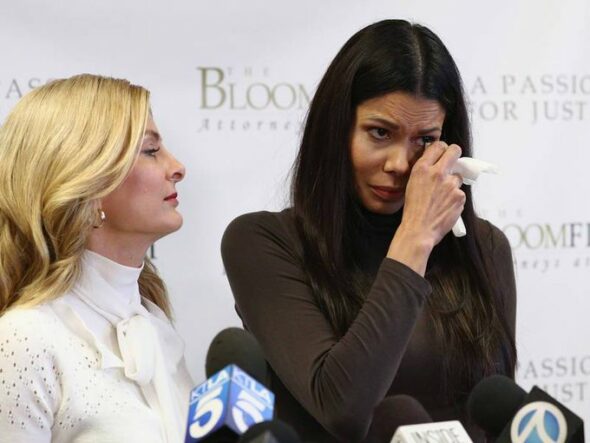 Kelly LeBrock is a popular actress and supermodel who belongs to the United States. She appeared in the entertainment industry and played a role in the Women in Red. She is popular for the catchphrase” Don’t hate me because I am beautiful, in pop culture.” people want to know about Kelly LeBrock’s net worth and all other details.

The actress said, “I feel sorry for the man who has been accused of sexual misconduct by numerous women.”

Furthermore, she said, he is a sad person, and he is what I would call a tragedy of Hollywood.” Also, “I believe he was bullied as a child, weak, sick. People who are treated that way as children end up becoming lost as they age.” I wish you all the best.

They married in 1987, and that remained till 1996. The couple also has three children named Dominic, Arissa, and Annaliza.

Segal is 60 years old martial arts instructor who is dogged by controversy. Two women accused the actor of sexual assault in 2018. However, cases were dismissed due to the statute of limitation, and no charges were filed against him. More than eleven women were accused of sexual assault, including which Portia de Rossi, Julianna Margulies, and Jenny McCarthy.

Kelly LeBrock’s date of birth is 24th March 1960. Her birthplace is New York City, but she was raised in London’s affluent Kensington neighborhood. Her father is a French Canadian, and her mother is British.

Kelly is a top-American model and actress. Kelly LeBrock’s net worth is $2 million. Kelly earned most of her money from commercials.