Lata Mangeshkar was born in 1929 in the Indian city of Indore. 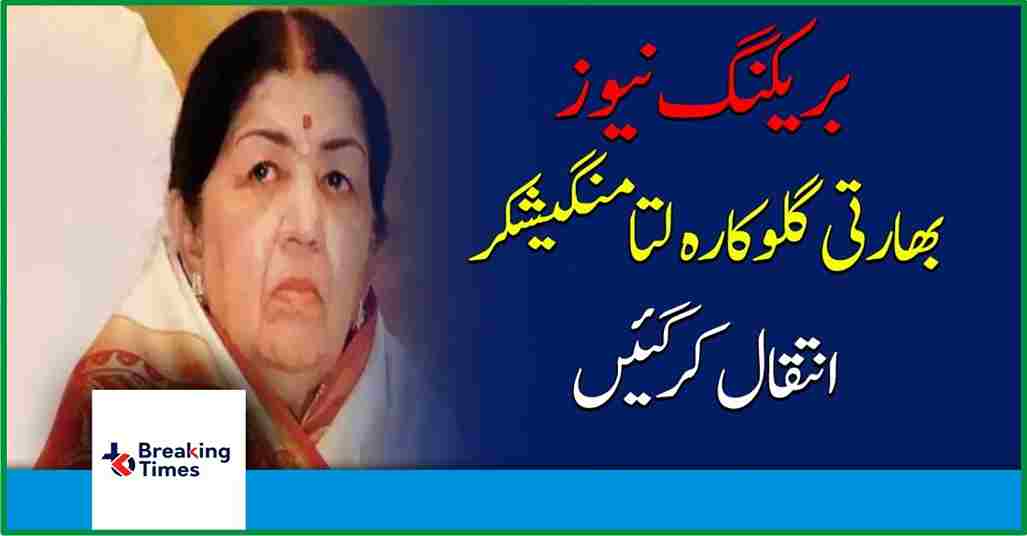 Mumbai ( The Breaking Times – Arshad Farooq Butt ) Top Indian singer Lata mangeshkar passes away in candy Hospital of Mumbai at the age of 92 with diagnosed covid-19 virus on January 8.

Lata mangeshkar was admitted to the ward and was on a ventilator for about 20 days. When Lata Mangeshkar’s condition deteriorated again yesterday, she was shifted to Ventilator again.

Breach Candy Hospital doctor Pratt Samdani described Lata Mangeshkar’s condition as “worrying” and said the singer was still in the ICU and would be under the care of doctors.

Hearing of Lata Mangeshkar’s deteriorating condition, several Bollywood artists, including actress Shardha Kapoor, rushed to the hospital to meet her. Many artists, including Madhuri Dixit and Raweena Tandon, prayed for the singer’s speedy recovery.

Lata Mangeshkar was born in 1929 in the Indian city of Indore. She started her career in 1942 at the age of 13. She sang more than 30,000 songs in different languages. She became famous in 1948 with the song “Dil Meeratora” from the movie Majboor, while in 1949 the song “Aayega Aanewala” took him to the heights of fame.

Lata Mangeshkar recorded her last album for the movie “Verzara” in the year 2004. On March 30, 2021, the last song of her career was released.