Major Sarwar expressed these views during corner meetings in PP-202. 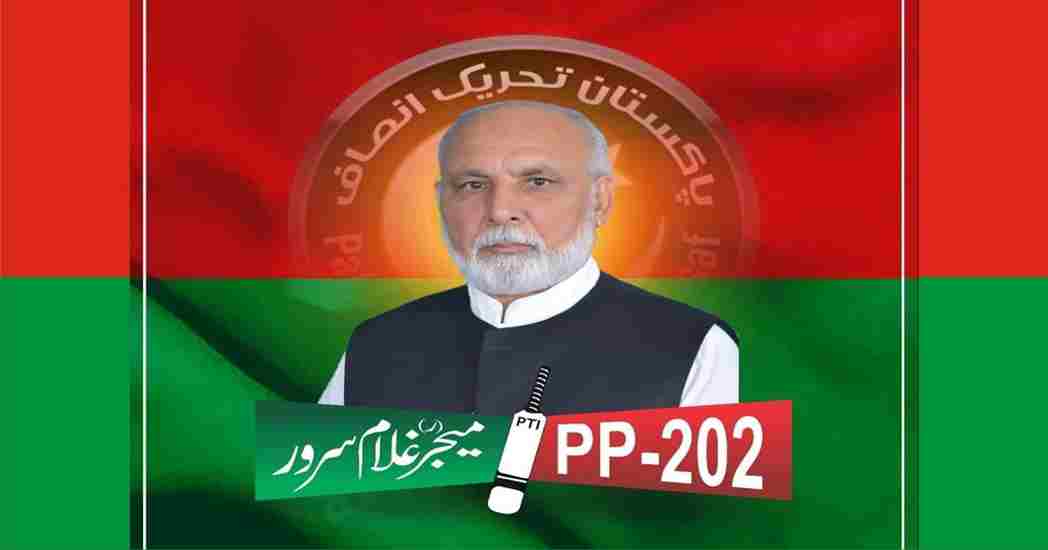 The sun of July 17 will rise in anticipation of the victory of Pakistan Tehreek-e-Insaf. In the by-elections, despite the use of government machinery by the Punjab government and all the negative tactics, I will inflict a humiliating defeat on the PML-N with the help of people’s power.

These views were expressed by Major (retd) Ghulam Sarwar, PTI candidate for PP-202 Chichawatni in the by-elections in various corner meetings during his campaign.

The PTI candidate Major Ghulam Sarwar said that he was grateful to the people of his constituency for the way he was getting love and acceptance from the people.

He slammed the present government, saying that the rise in petrol and electricity prices has pushed up inflation.

The life of a common man is worse. Foreign exchange reserves are rapidly depleting and the country is in danger of defaulting. Major Ghulam Sarwar

Under the American conspiracy, Imran Khan has been removed and a gang of incompetents has been imposed on the country. PTI under the leadership of Imran Khan will take the country out of despair and darkness.