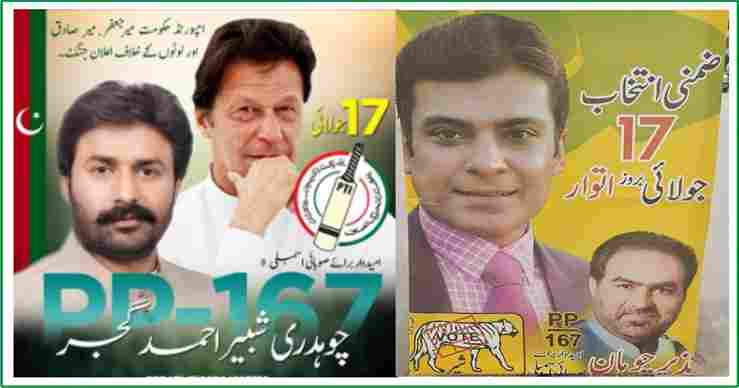 After Maryam Nawaz Jalsa in PP 167 Lahore, PTI and PMLN candidates have started their campaigns in full swing. PMLN is leading the campaign for Nazir Chohan while PTI is mobilizing all resources to make Ch Shabbir Gujjar MPA.

There are so many factors to analyze who will win by election in PP 167 Lahore on July 17, 2022. Here is the brief introduction of all those factors.

PP-167 is part of Model Town Tehsil of Lahore in which 211,610 Christians live according to the 2017 census. The victory or defeat in PP-167 is decided by the votes of the Christian population. There are more than 20,000 Christian voters in the constituency.

Lahore News has recently conducted a public survey in PP-167. According to the results of the survey, 62% of voters said they would vote for PTI. 31% of voters declared to vote for PML-N. Seven percent would not vote for any party.

Jamaat e Islami and TLP in PP167 collectively can have more than 10,000 votes in by election 2022. This will affect the entire result of by election.

Sardar Ayaz Sadiq and Khawaja Salman Rafique have resigned from the ministries to run by-election 2022 campaign in Lahore. Both the leaders are well known in the politics of Lahore and almost every voter knows them. They have contacts in each constituency and may affect the result.