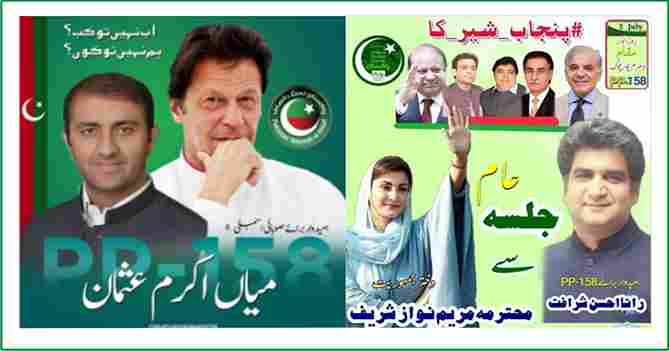 Lahore is going to have by-elections for four provincial seats. Pakistan Tehreek-e-Insaf (PTI) and Pakistan Muslim League N (PML-N) have launched a full-fledged campaign to support their candidates.

Read about PP 158 Lahore by election 17 July 2022 candidates, their party affiliation, votes and results. We will be updating final candidates list and their performance in the previous elections in this article. Lets have a look at election results 2018 from this constituency.

In the 2018 general elections, PTI candidate Abdul Aleem Khan got 52299 votes from this constituency. His opponent Rana Ahsan from PML-N secured 45228 votes.

The third candidate was Azhar Iqbal of Tehreek-e-Labbaik Pakistan who got 6273 votes. Arif Zafar of PPPP got 1410 votes and remaind on 4th position. No other candidate got enough votes to mention.