Maryam Nawaz is Leading PMLN campaign for By Elections 2022 in Punjab. 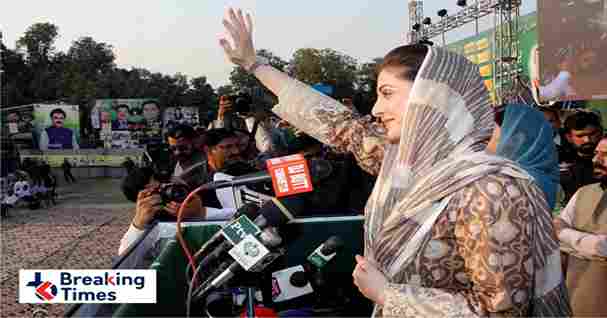 Maryam Nawaz Sharif is a top Pakistani Politician and working as vice president of Pakistan Muslim League N. According to wikipedia, her age is 49 years old and currently she is Leading PMLN campaign for By Elections 2022 in Punjab.

She got admission in the Convent of Jesus and Mary, Lahore for her early education. This school is commonly known as Convent. It is a primary and secondary school for girls only.

In the late 1980s Maryam Nawaz managed to get admission in King Edward Medical College as she wanted to become a doctor. But she could not continue as a controversy arose over her illegal admission.

From the University of Punjab, Maryam Nawaz completed undergraduate studies. She completed her master’s degree in English Literature. After that she started her Ph.D on post-9/11 radicalization in Pakistan. It is not sure whether she completed Ph.D or not or her degree was earned or honorary.

Maryam Nawaz married Captain Safdar Awan in 1992 when she was 19. She is also known as Maryam Safdar as she assumed her husband’s surname.

Safdar Awan was the security officer of Mian Muhammad Nawaz Sharif and was serving as captain in Pakistan Army.
Maryam Nawaz has three children. Her son name is Junaid who has recently been married while her daughters are Mahnoor and Mehr-un-Nisa.

Maryam Nawaz politician started her political career during general elections of 2013. After the victory she took charge as the Chairperson of the Prime Minister’s Youth Programme. She had to resign in 2014 when her appointment was challenged in Lahore High Court.

She was sentenced to seven years in prison with 2 Million usd fine in July 2018. She was charged on corruption in the Avenfield Reference Case. However Islamabad High Court suspended her sentence on September 19.

As Maryam Safdar is most active on social media, it is easy to find her accounts. Maryam Nawaz has 7.3 millions followers on her Twitter Account. On facebook she has 2.1 Million followers and on Instagram she has 506k followers. Maryam Nawaz Contact Number is not available for public. However she can be contacted through her social media cell incharge.