Pervez Musharraf's organs are malfunctioning and recovery is not possible. 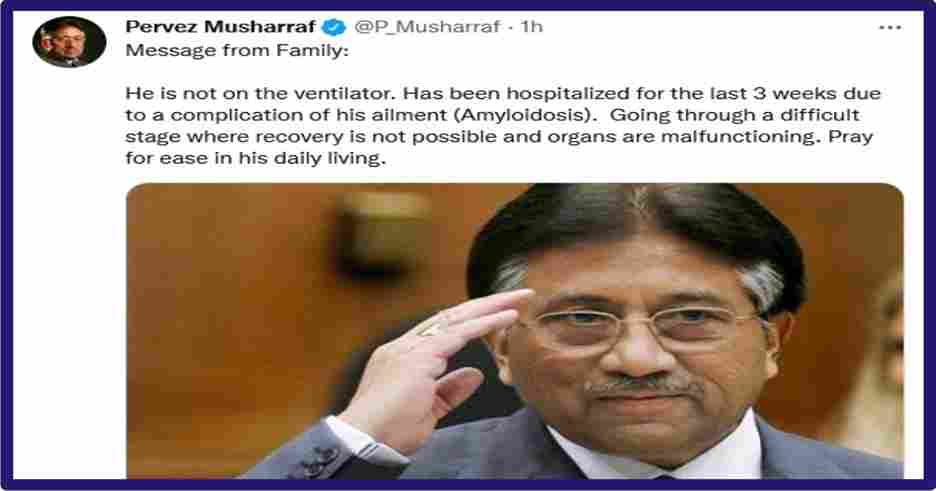 X-dictator General Pervez Musharraf’s death news has gone viral on social media platforms and various comments are being made.

It is to be noted that Pervez Musharraf’s organs are malfunctioning and recovery is not possible. Pervez Musharraf is suffering from a disease called amyloidosis and has reached a stage where there is no chance of recovery and the organs stop working.

Some Pakistani media houses reported the demise of Pervez Musharraf on their Twitter handles like Waqt News. However later they removed the tweets.