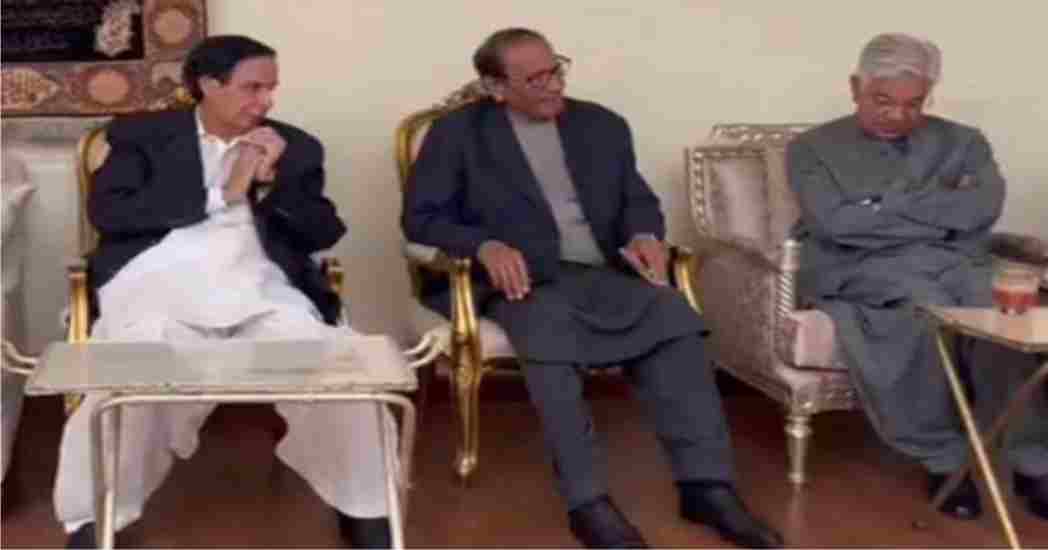 The PML-N delegation called on PML-Q leaders Chaudhry Shujaat and Chaudhry Pervaiz Elahi. During the meeting, issues of mutual interest including no-confidence motion against Imran Khan, political situation in the country were discussed and it was agreed to continue consultations on the next course of action.

According to the details, a high level delegation of PML-N reached the residence of Chaudhry brothers in Islamabad. On the occasion, Federal Minister Tariq Bashir Cheema received the PML-N delegation.

Apart from him, PML-Q leader Senator Kamil Ali Agha also attended the meeting. The leaders of the two parties discussed issues of mutual interest including the no-confidence motion and the political situation in the country and agreed to continue consultations on the next course of action.