This match was open to the public and the game was played against Dundee II. 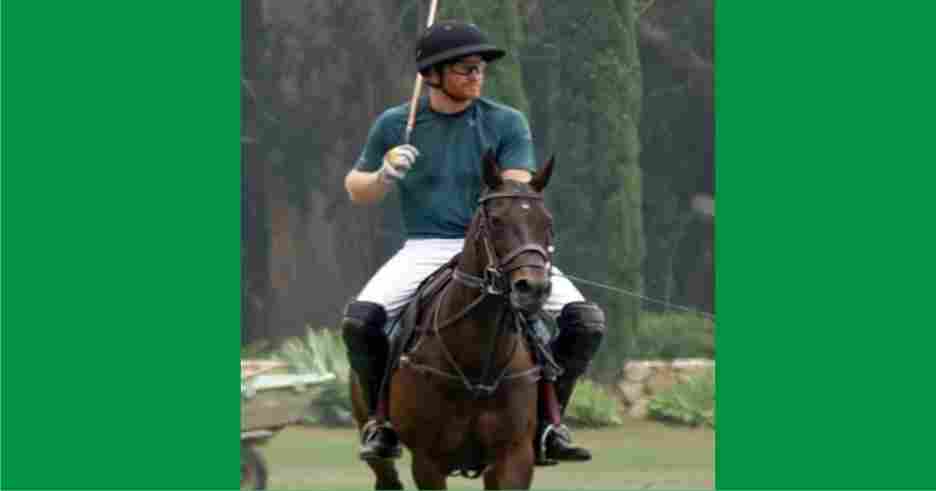 Prince Harry was spotted in his first public appearance after he and his wife quietly left the UK, where they were for the celebrations of Queen’s Platinum Jubilee.

They returned to Los Angeles on June 5, after that the Duke of Sussex, 37, played at the Cancha de Estrella Polo Club in Santa Barbara on Friday, for his mate Nacho Figueras’ team Los Padres.

As he rejoiced in the usual LA heat, he wore a green top, white trousers, black riding boots and knee pads, before mounting his brown horse and donning his helmet and safety goggles for another round of play.

This match was open to the public. This game was played against Dundee II. And Harry’s team lost by 12-8. Meghan Markle, his wife, was reportedly not present at the game on Friday.

It comes after royal analysts stated this week that Harry “must have gone home feeling quite disappointed for what he has given up” after he and his wife Meghan Markle chose not to be more prominent in the Jubilee celebrations because “they did not have spotlight seats.”

Despite travelling down from the United States with their two children, Archie and Lilibet, the couple only made one public appearance during the Jubilee weekend.