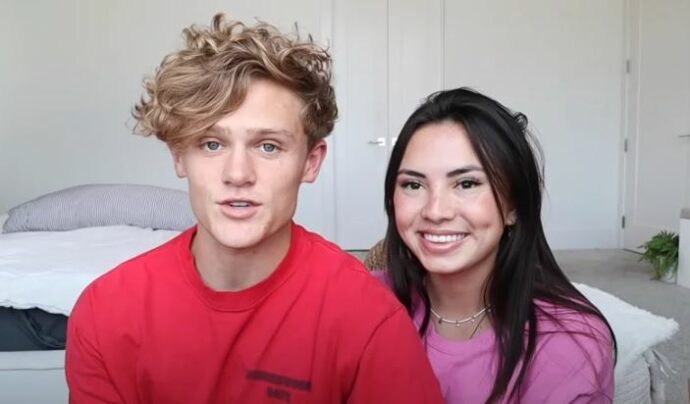 Ryan Trahan is a popular media personality and is well known because of his YouTube channel. He shares comedy and lifestyle content there. During 7 years of journey, he gathered millions of subscribers.

Being an internet person, he is also the founder of Hydra Collective and Neptune Bottle. He was also seen in the 2020’s Walkaway Joe as Josh. Ryan married a Youtuber, Haley Pham. Let’s have a look at their relationship status. They also have a combined channel named The Traphamily.

Ryan Trahan is married to Haley Pham. She is also a YouTuber, and on her channel, she has 2.21 million subscribers. They started dating in 2018 and engaged in 2020. He proposed to his long-time girlfriend during a trip to Big bend National Park.

Moreover, on Instagram, he posted memorable and beautiful snaps. His fiance also posted a video with the title “Why O Got Engaged At 19 and confirmed this news on his Youtube channel.

Haley shared their wedding planning on 21st October 2020 and talked about bridesmaids’ dresses but did not share the location and date of the wedding. Haley posted a picture of a wedding dress and said he completed one year of being Mr. and Mrs. Trahan.

Who is Ryan Trahan

Ryan was born on 7th October 1998, in Texas. He has a brother named Matthew Trahan, who has a YouTube channel. He got his education from A & M University.

Moreover, he also created a channel where he has more than 5.2 million subscribers. He started posting videos, tips, and many more. He got money from his channel sponsorship, and according to details, his estimated net worth is $1 million.